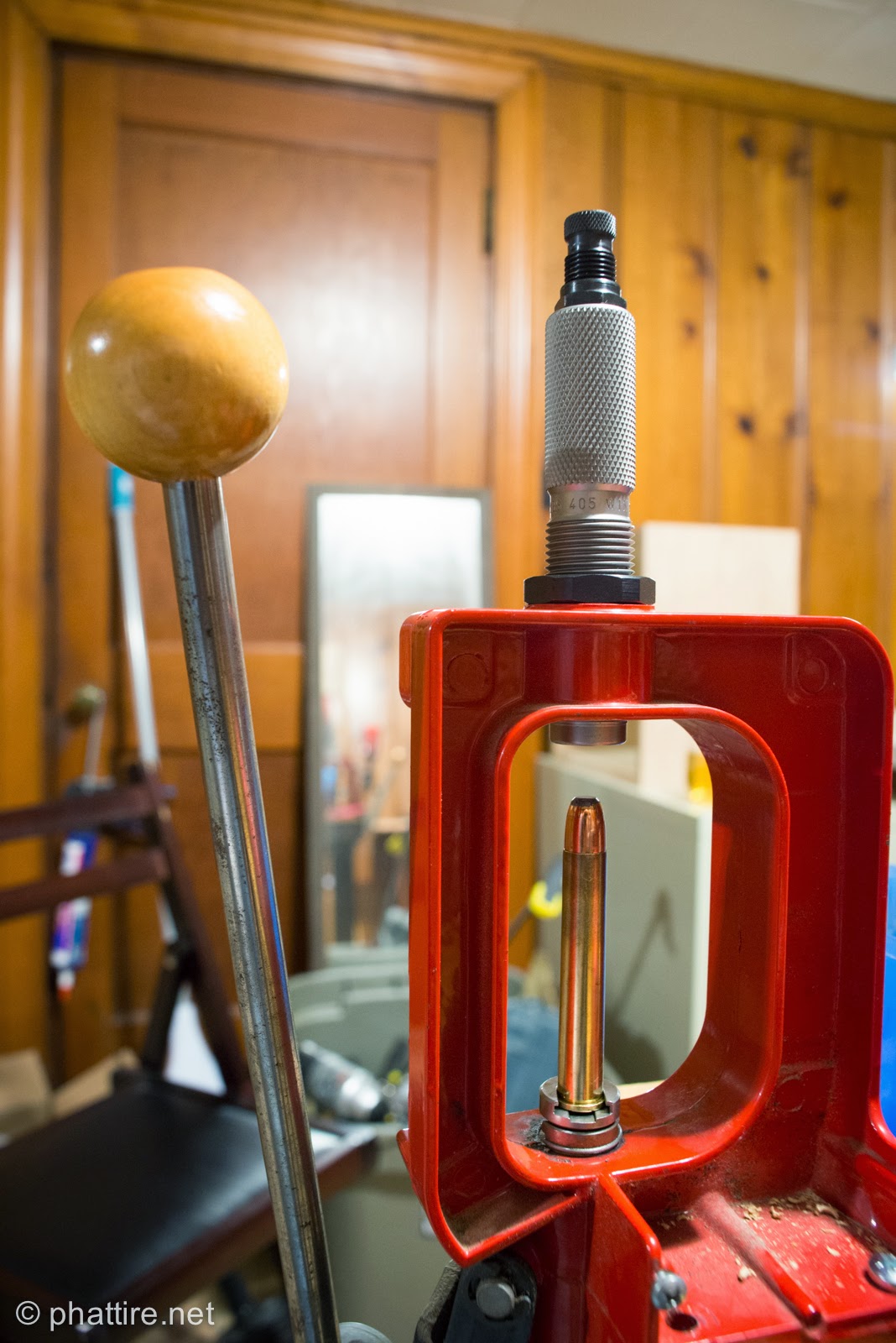 The other night, a friend from work, taught me the basics of loading my own ammunition.  I've always been interested in loading my own, and with the recent spike in ammo prices, I was pretty jazzed when my friend offered to show me the ropes.  My father had recently gifted me a beautiful Winchester Model 1895.  The rifle is a Winchester-made, reproduction of the rifle that was produced from 1895 to 1932, totalling 425,825 pieces in all.  Although this rifle was chambered in many calibers with many intended uses, including military, mine is chambered in the heaviest of them; 405 Win.  This '95 is the rifle Teddy Roosevelt used in his famous African safari in 1909, and the rifle which he referred to as "big medicine" (Read more about Roosevelt's safari here).  It was used to take down hippopotamus, rhinoceros, and lions as well.  The big advantage of this rifle, at the time it was introduced, was its ability to hold pointed bullets, stacked in its non-detachable magazine.  Up until this rifle was introduced, lever action rifles held their bullets in tubular magazines, that paralleled their barrels. Due to the fact that the bullets sat in the magazine, with the nose of one bullet resting upon the primer of the next, rifles with these tubular magazines were limited to holding only flat-nosed bullets  Like many of my rifles, I look at this one as a marvel of engineering geneous.  Coincidentally, this was the last of the lever action rifles, that John Browning designed for Winchester. Surprising to me, is the fact that a musket version of this rifle, with an extended forestock and bayonet lug, was even used by the Army of the Russian Empire, in WWI and Finland in WWII. 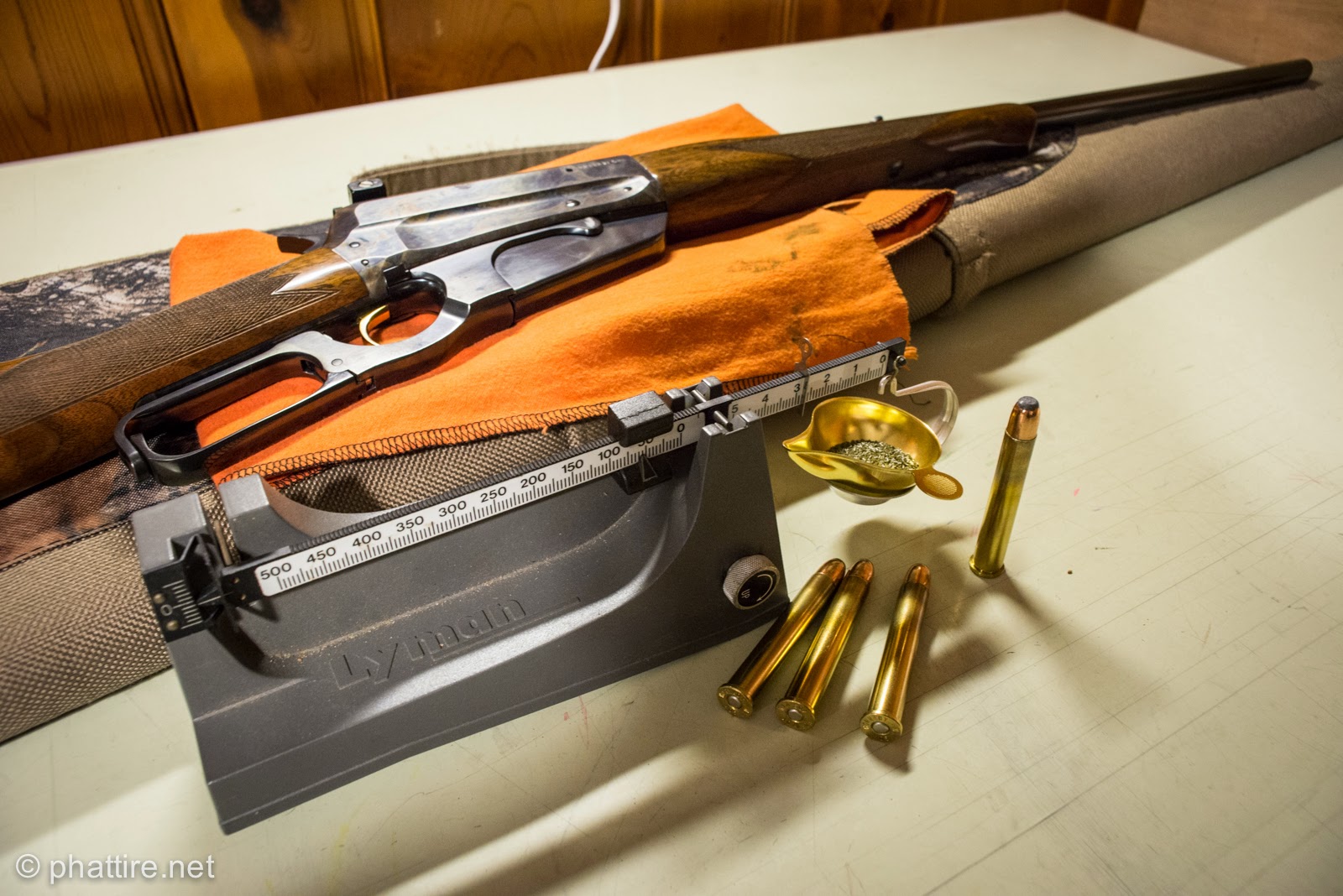 Along with the rifle, my father gave me shell casings, powder, primers, bullets and even the dies needed to flare, seat and crimp the rounds.  The only pieces of the puzzle missing, were the actual loading press, primer seating tool, powder measure and scale.  My friend had these pieces.  After finding the right recipe for 405 Win rounds, my friend showed me the way to go about it.  Over the next few hours, of swapping stories and drinking a few pilsners, I made 40 rounds.  I was using a single stage system, so the process was slow, and there was a learning curve, and I did make a few mistakes (like forgetting to seat the primer before charging the bullet!)  So, not only did I learn how to load, I learned how to correct my mistakes.  There's a neat tool, called a kinetic hammer, which you use to remove bullets when you do silly things, like underload them, or forget to install primers.  When I was finished I marvelled at the sheer size of the rounds I loaded. They make a 30-06 round, look small.  They just look like great big cowboy bullets!  I cannot wait to get to the range. 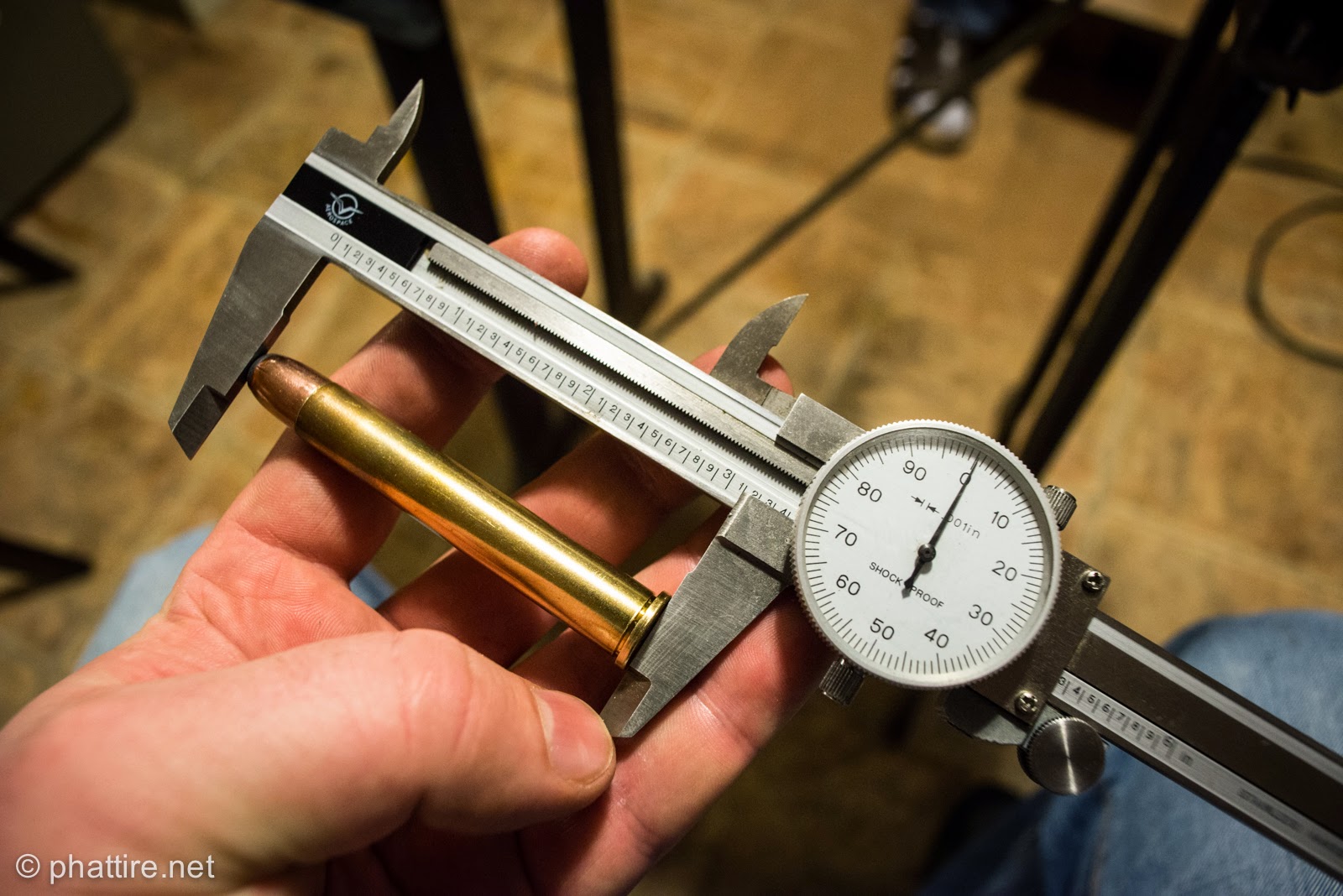 I'm back.  Finally.  What a whirlwind of a trip.  I spent about a week in Austria (In Kamaten, about an hour and a half west of Vienna) with one night in the town of Bruno in the Czech Republic.  I'm always stoked to travel, but this trip, was so full of actually traveling (flying & driving) that I hardly had any time to myself.  The only time I had to really explore, was the first day I arrived in Kamaten, but I was so tired, from being awake for 24 hours, that I had to go to sleep.  With that said, I do not have any great photos to share.  Nor any great stories, really.  The purpose of my trip was to meet my overseas contacts within my company and learn about their quality structure and operations.  So, most of my time, was spent in a conference room, reviewing org charts, processes and discussing quality strategy. 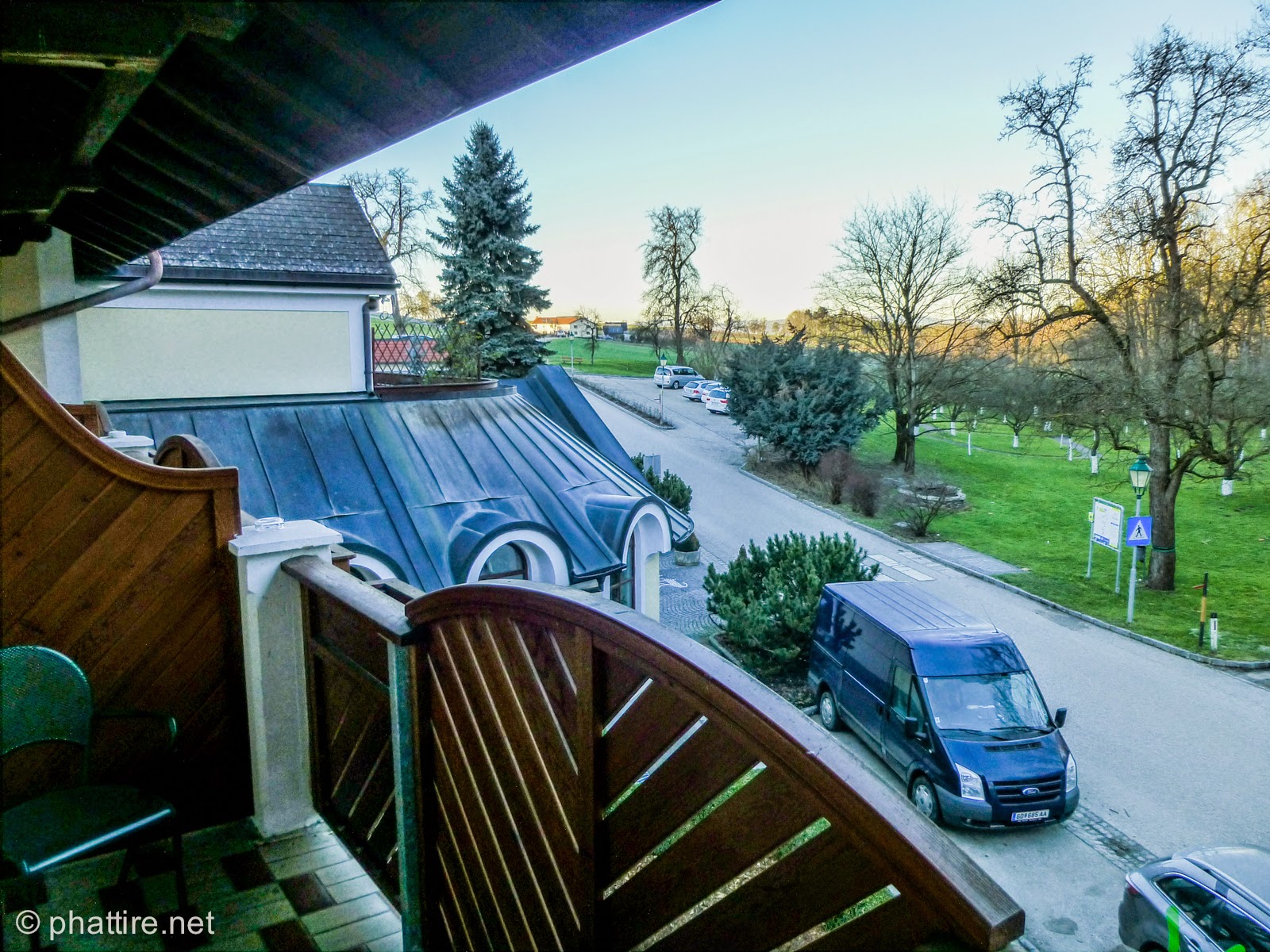 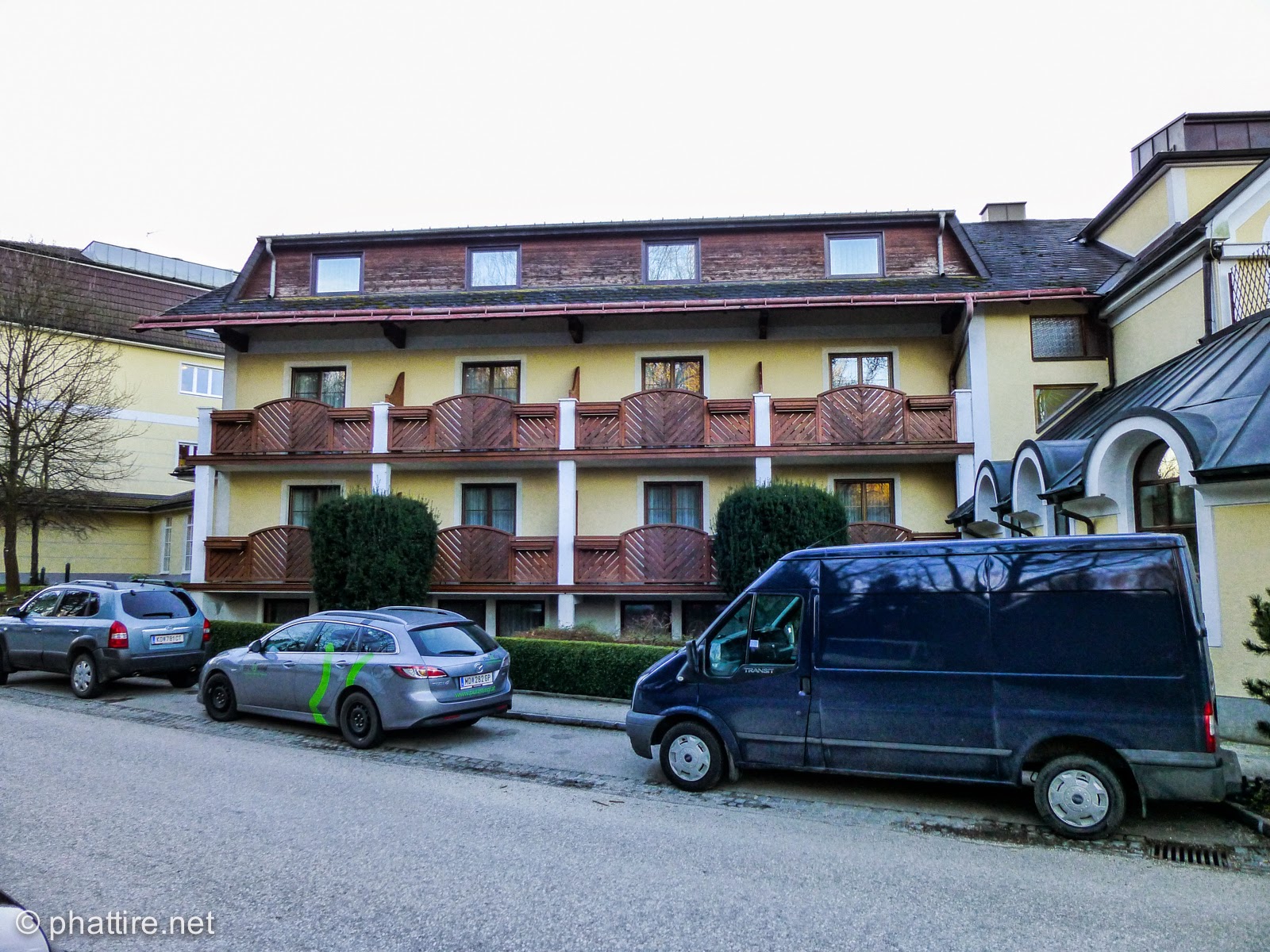 I did stay in a really nice resort:  The Kothmuhle.  The room was excellent, with a nice balcony overlooking the rolling hills.  You could see the snowcapped mountains in the distance.  The restaurant was top notch, and I ate 5 course meals each night (*burp*).  The people I spoke with there, were very friendly, and spoke fluent English. 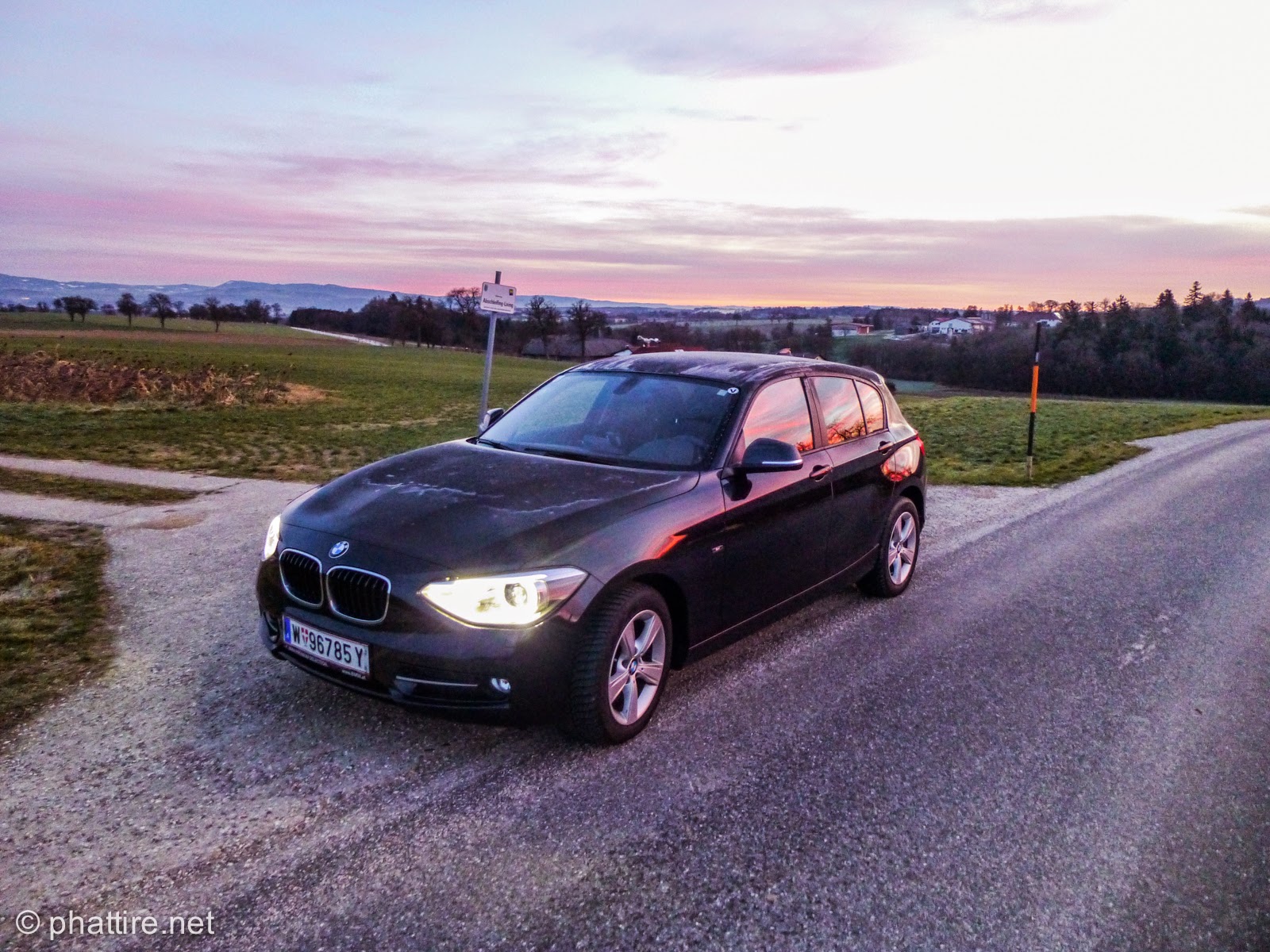 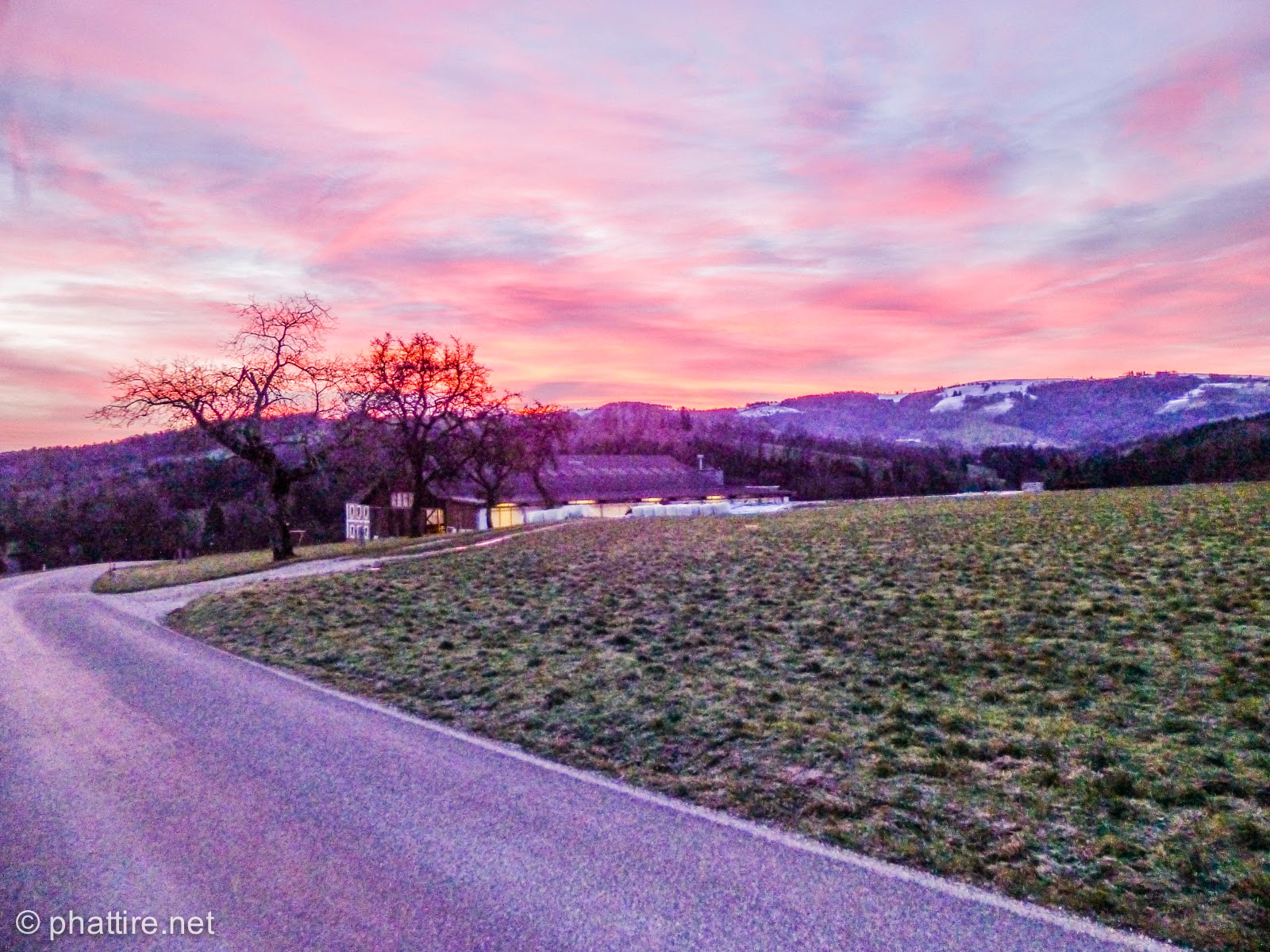 Driving in Austria was super fun.  I rented a nice BMW and got to open it up on the Autobahn, a few times.  The roads in the backcountry, are stunning.  They're twisty and roll through the hillside.  The fields and pastures through which I zipped, were completely free of any sort of garbage or litter.  Just absolutely beautiful. 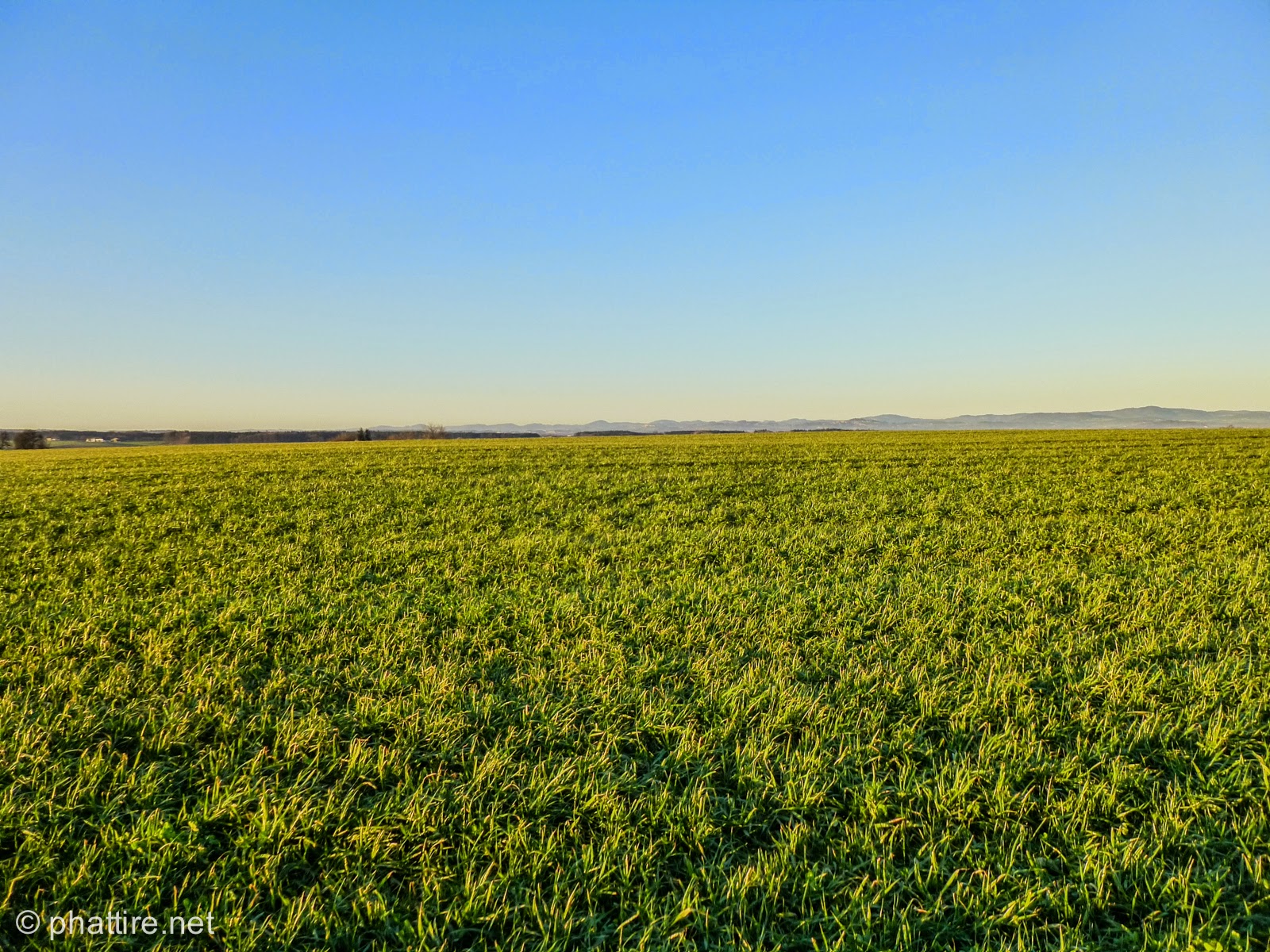 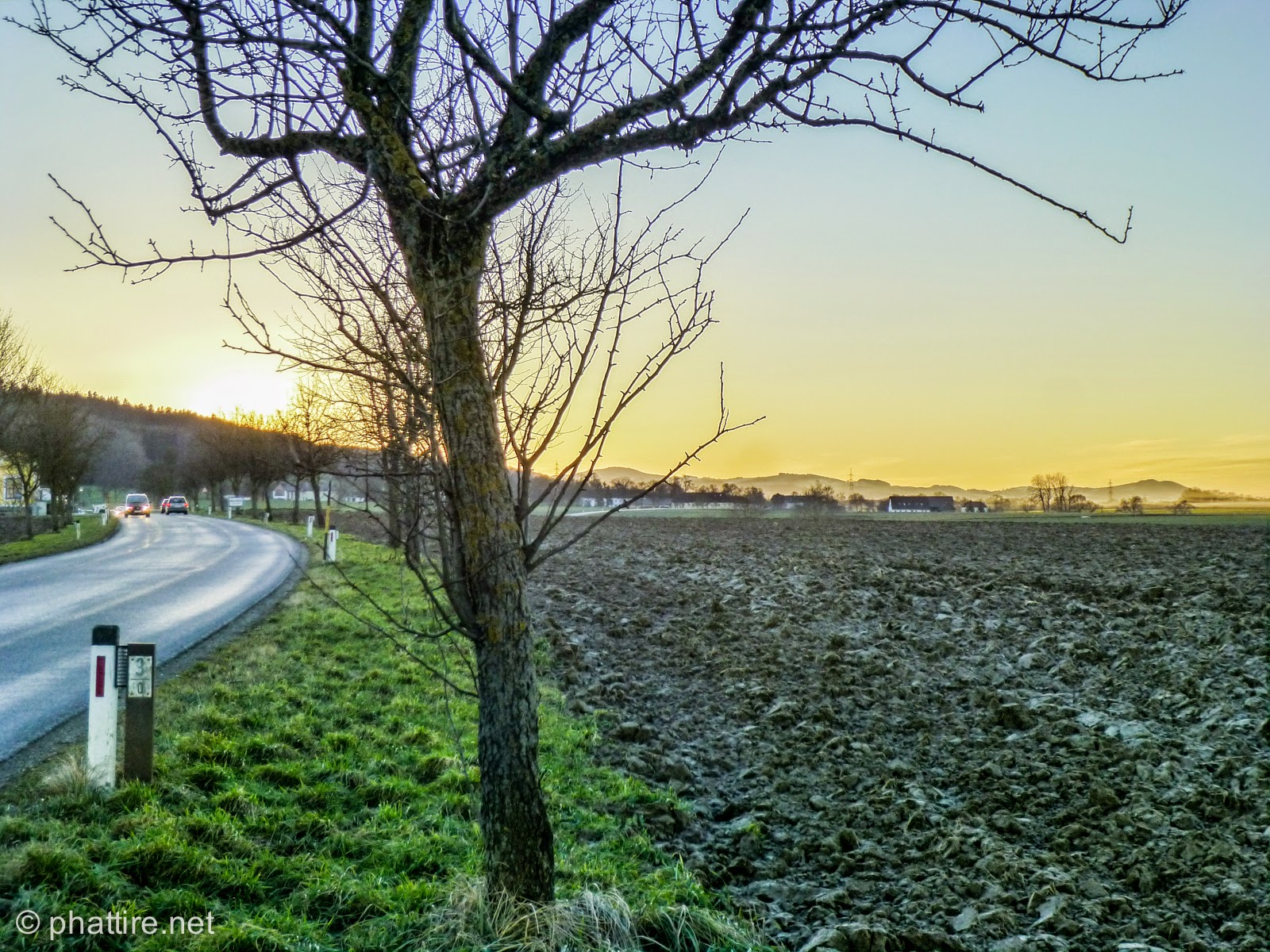 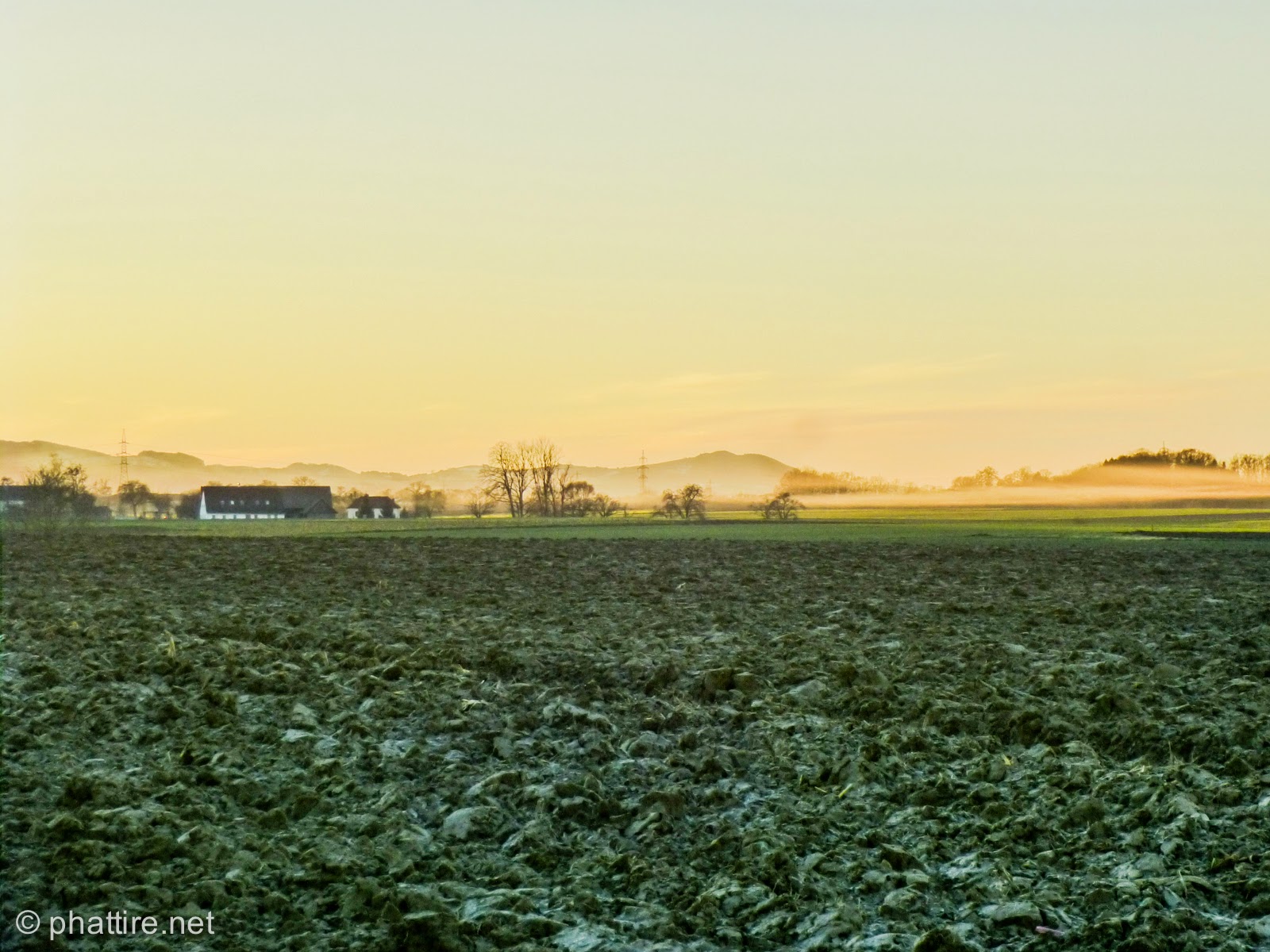 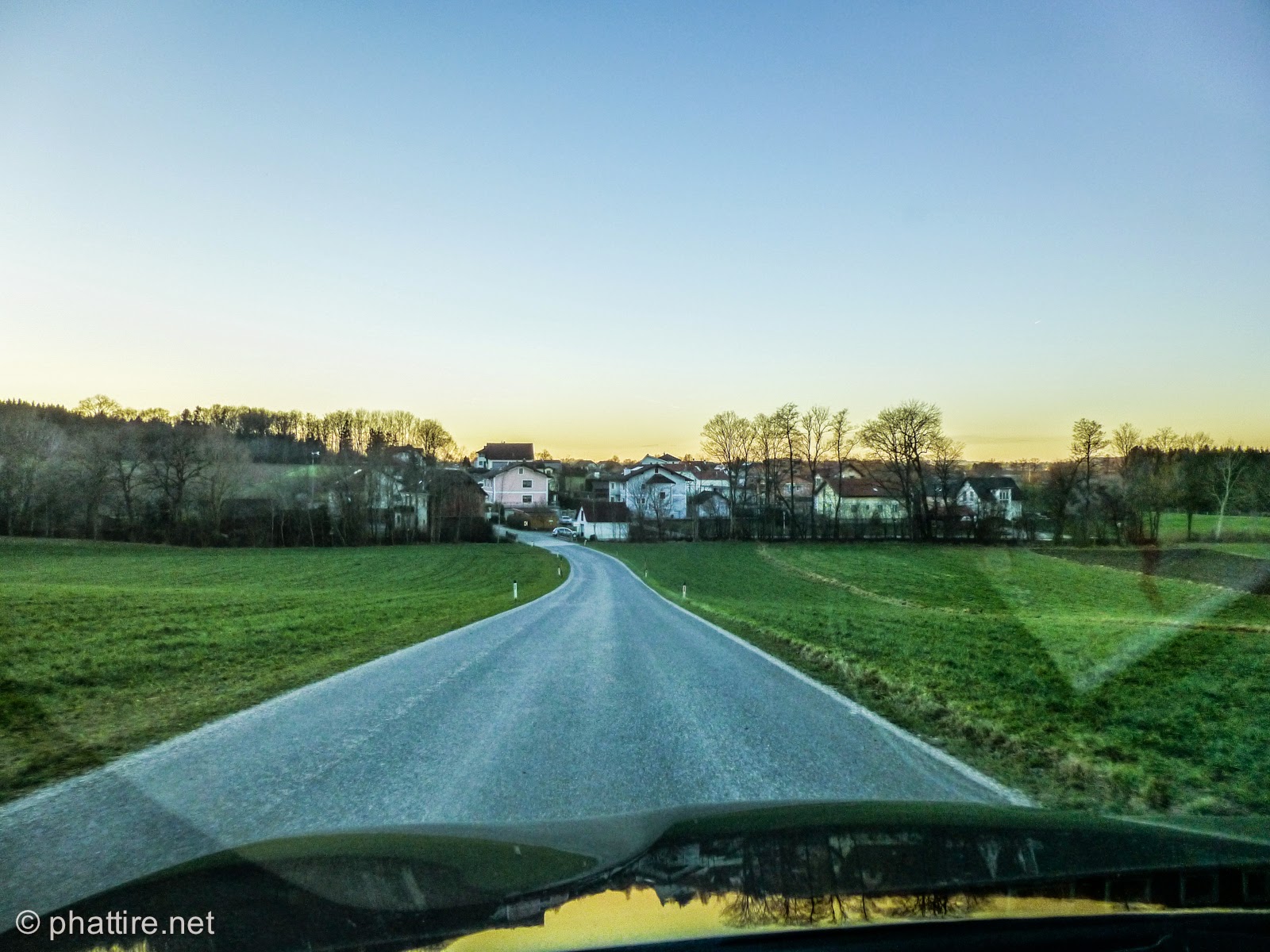 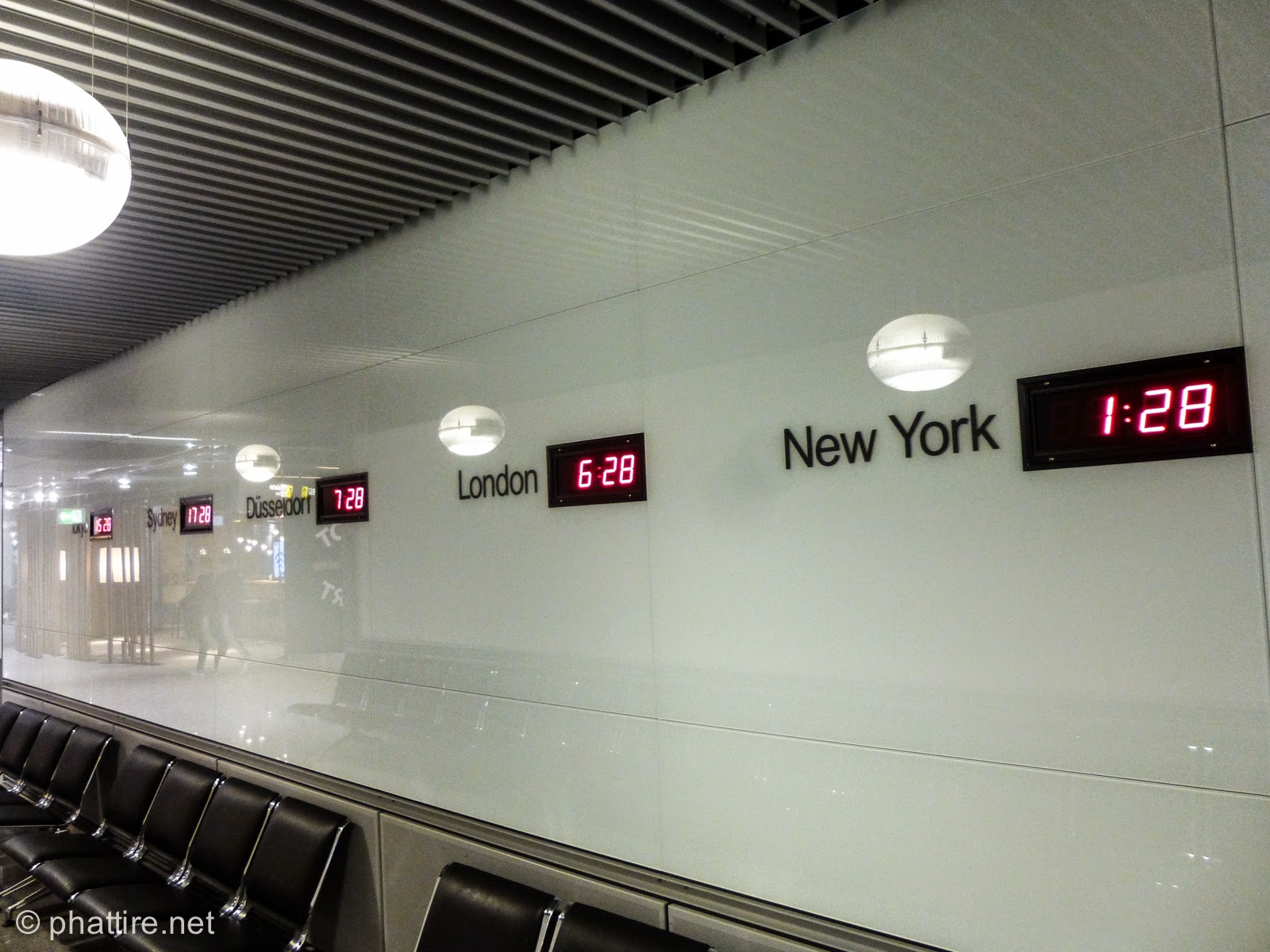 Hello folks. Work has me in Austria and the Czech Republic this week. I'm happy to be here, but wish I had more time to enjoy myself and explore, the way I love to explore. Still, I'm making the most of it, and trying to capture what I can with my camera. The trip over here was hellacious. One debacle after another Including nearly losing my luggage and almost missing flights. But, I made ​​it. I'm extremely jetlagged so I'm just going to toss up some photos from the last days worth of travel from Baltimore to New York to Dusseldorf, Germany to Vienna Austria.

Video of the Day

Well, it's the first day of 2015, and I decided I'd kick it off with a morning hunt.  I thought I'd go to my usual spot for squirrels, and then pop over to another field area and see if I could kick out any rabbits.  So, I packed my .17 caliber and my 12 gauge in the truck, with a bunch of wool layers and headed over to Patuxent River State Park.  It was pretty damned cold this morning.  When I stepped out of the truck, it was only 17ºF.  It was so cold, that the earth was frozen solid and ice crystals clung to the tall grass and weeds.  I took advantage of the sun's horizontal rays whenever I stopped to look and listen for my furry friends.  I did see one large squirrel, just as I entered the woods, but I was still too close to the houses that sit on the edge of the public land I was hunting.  I was more than 150 yards away from the houses, but I didn't feel comfortable shooting, so I let him go. 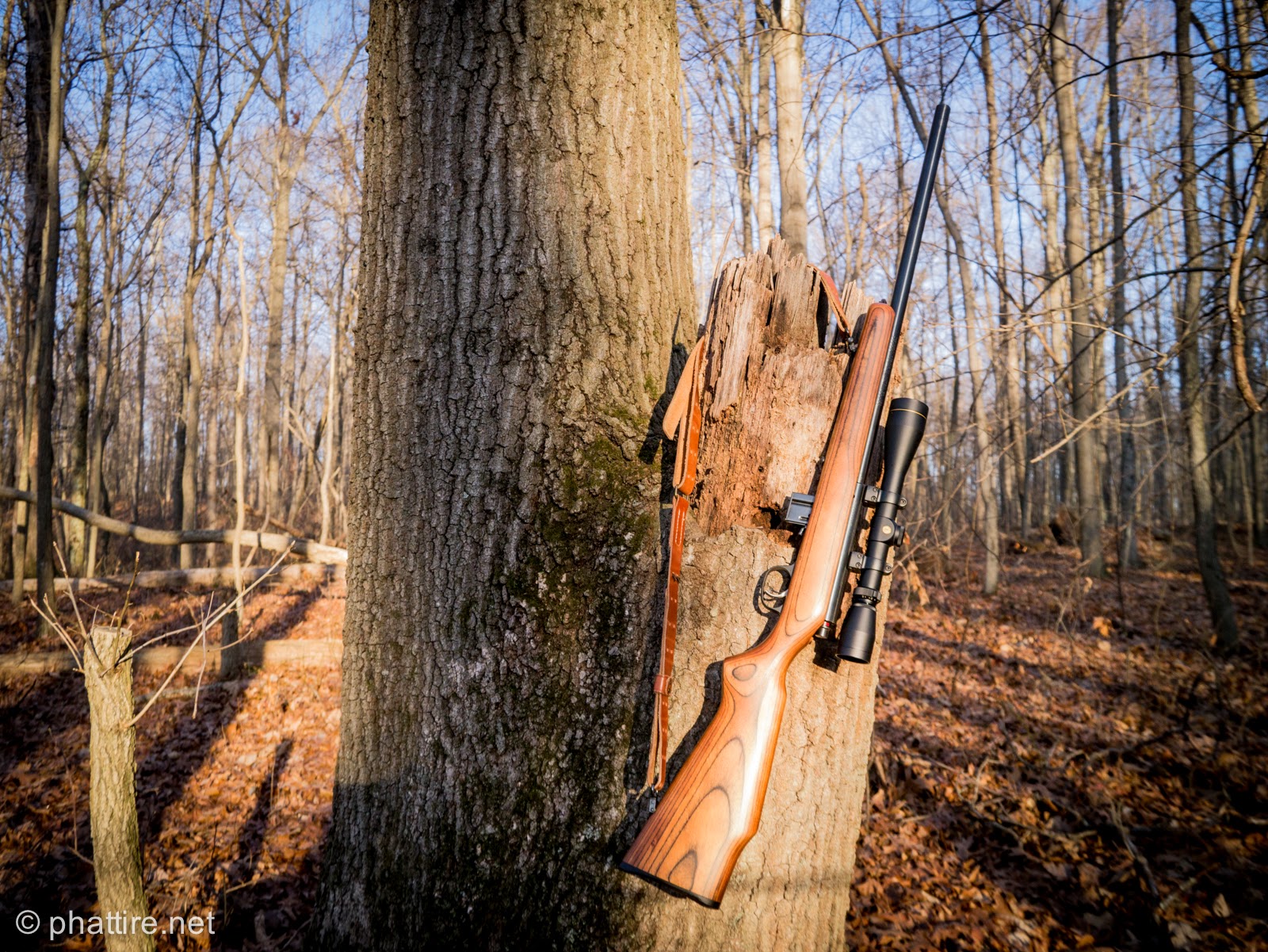 After walking for a while, I came across the remains of a deer.  It was the same deer I had seen exactly 327 days ago, while hunting squirrels in this area.  Check out the amount of decay that took place since then: [Time warp back to February 8, 2014]. 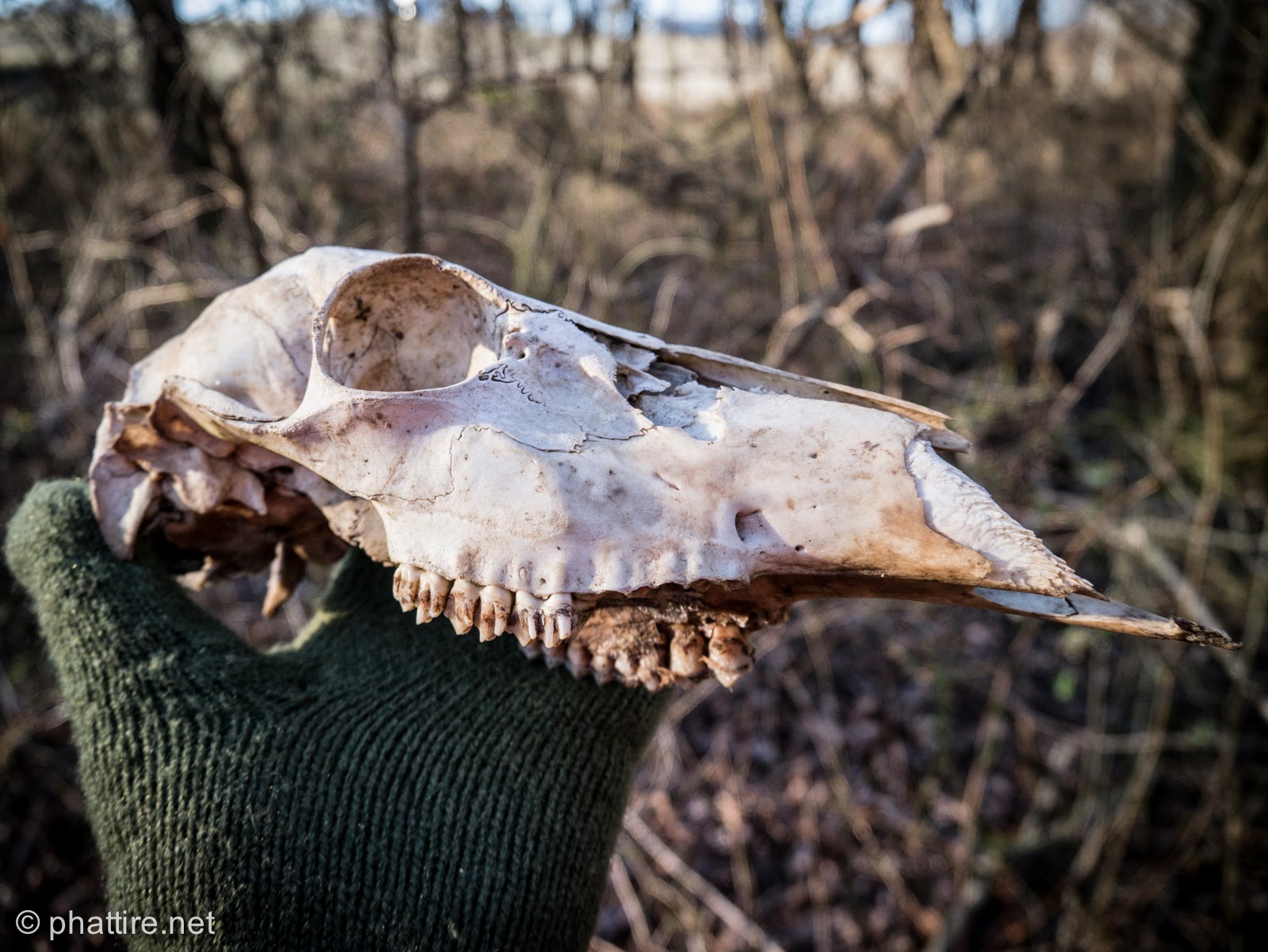 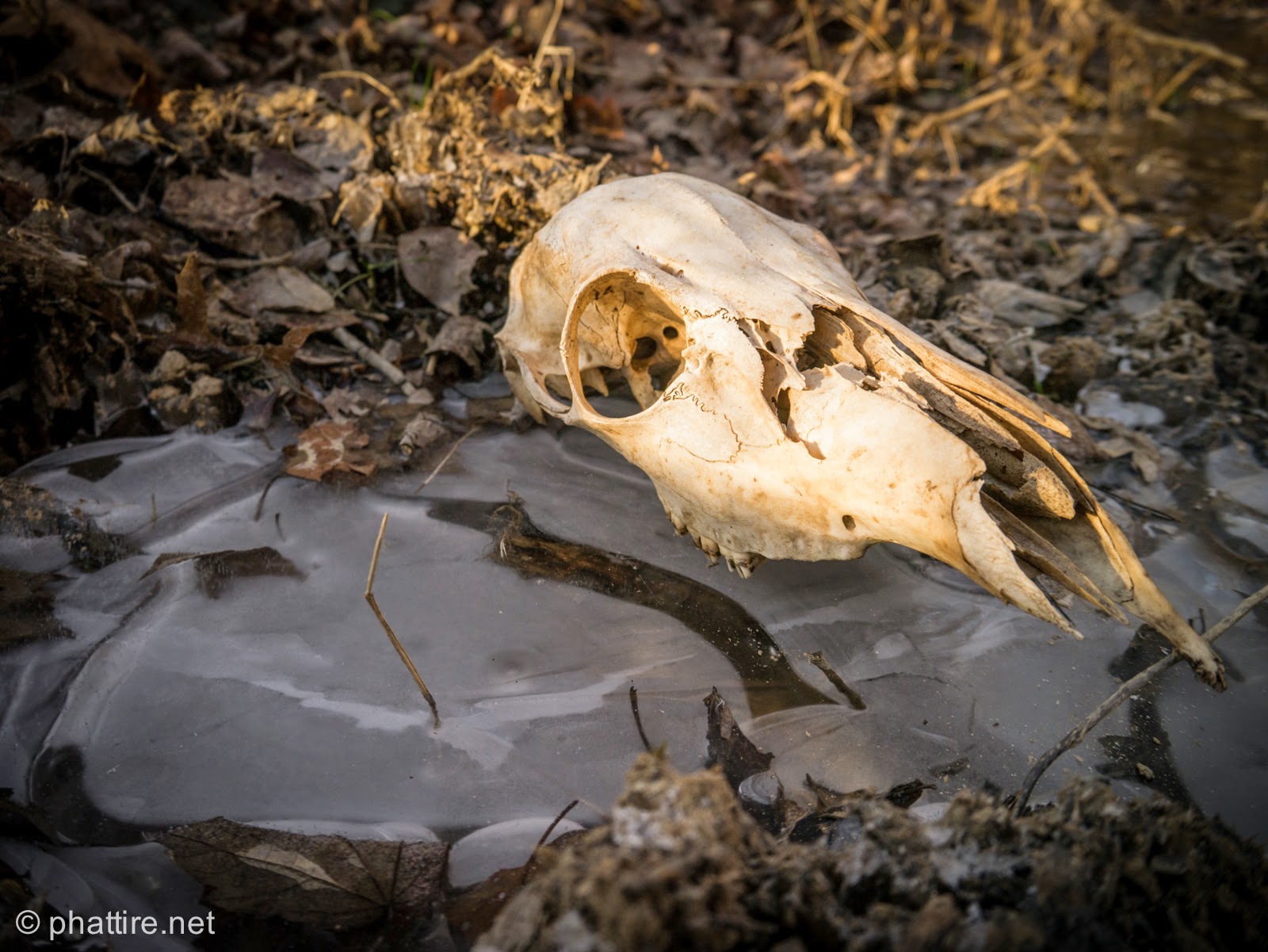 These photos remind me of the importance of regular brushing and flossing. 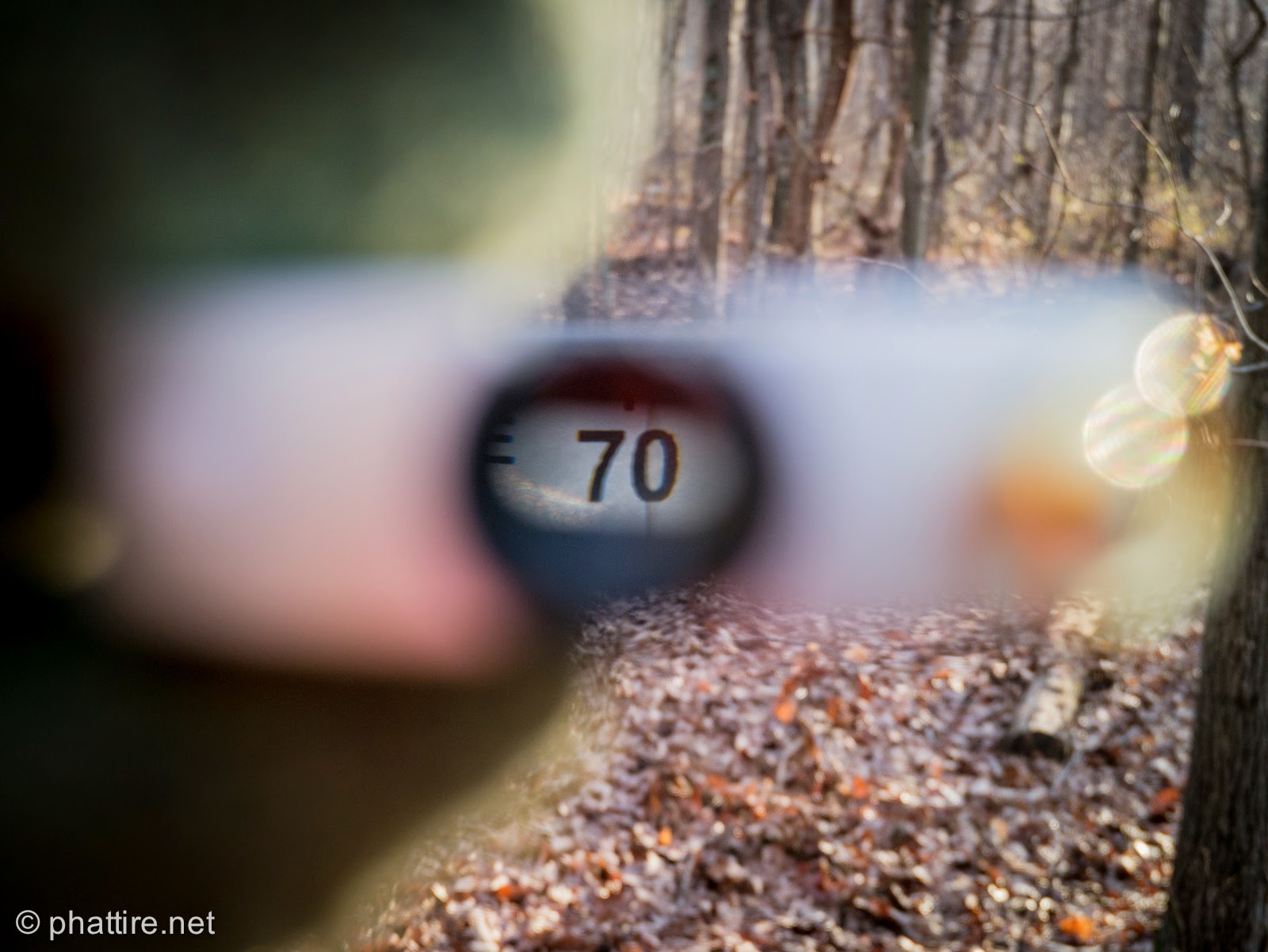 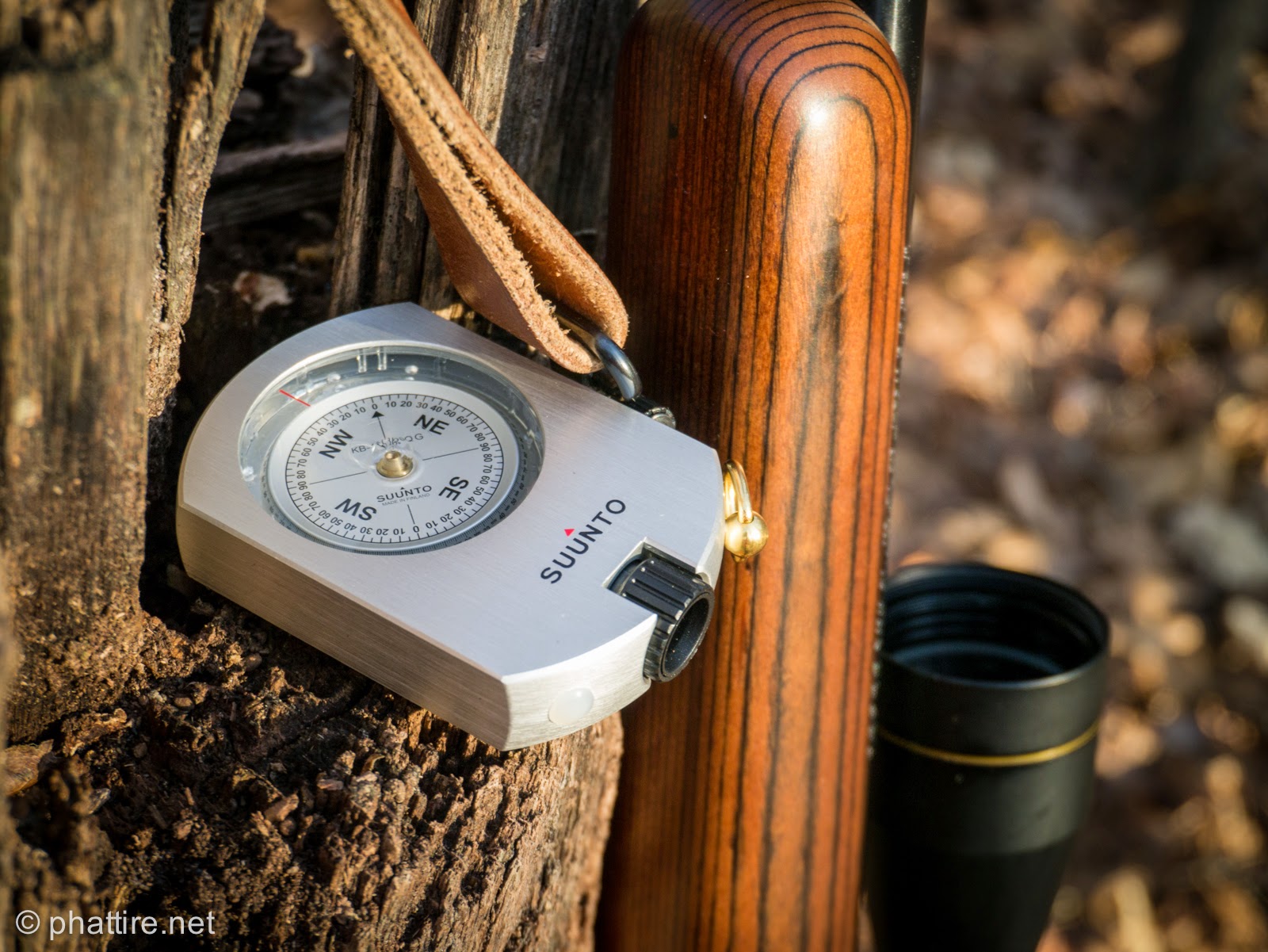 The area that I hunt, at Patuxent River State park, is too small to ever need a map and compass, still I always carry one.  This morning I took my new Suunto KB-14, which Debbie gave to me for Christmas.  I really love it, and have had my eye on it for a couple of years now.  You could describe it as a simplified lensatic compass.  Used by surveyors and forestry folks alike, it is a liquid filled, aluminum-bodied compass with an optical feature that makes it very easy to accurately shoot an azimuth.  You simply hold it up to your eye, aim the compass at your target by looking over the top of it, and look through the lens to read the azimuth (70º as shown above).  It's got some other cool features, like a standard tripod mount (for those surveyors out there) and super robust construction.  It's lighter than it looks too; which is awesome. 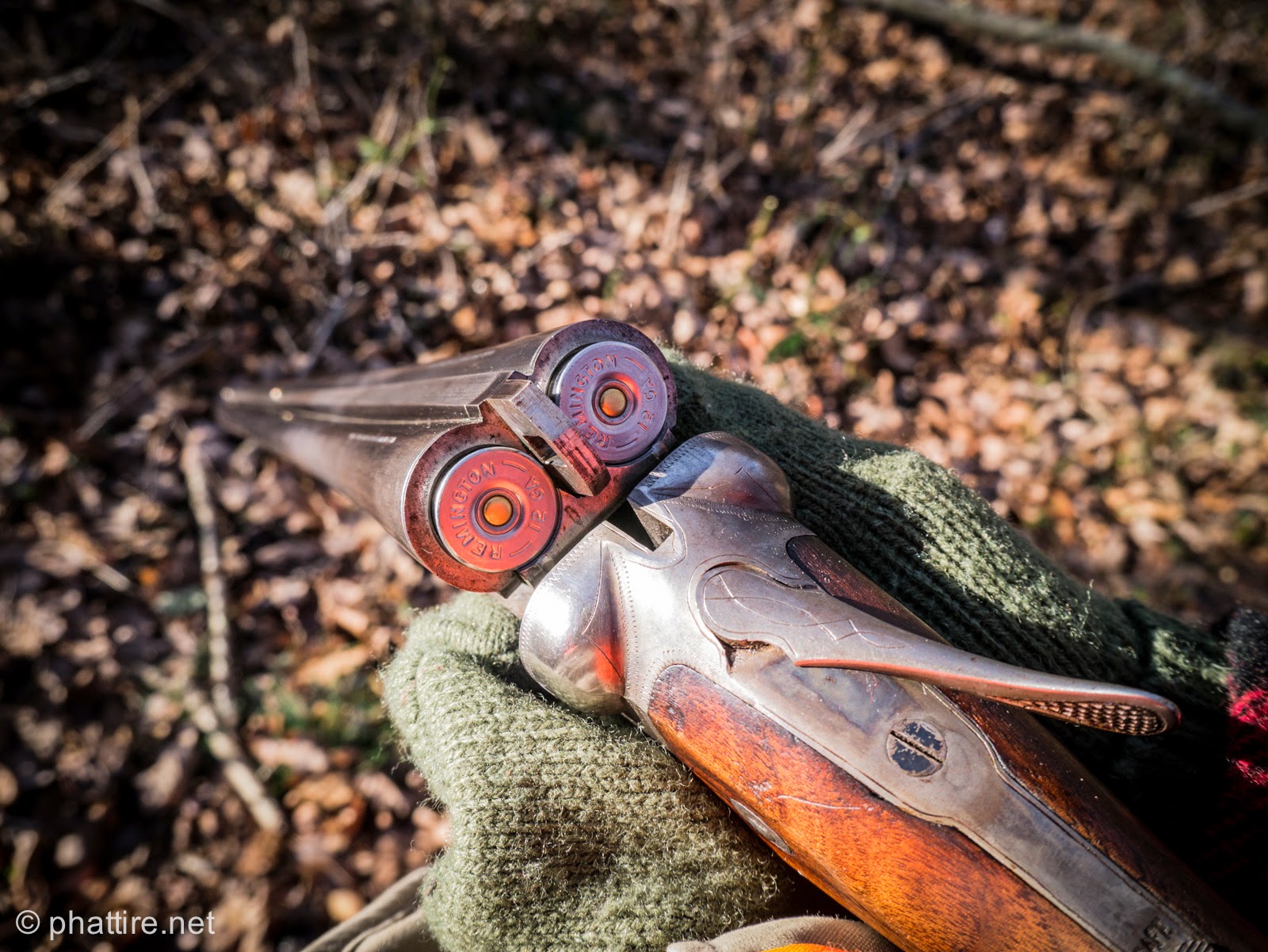 After a couple of hours exploring the woods and occasionally looking for the elusive grey squirrel, I packed it up and headed over to the fields I had planned on kicking through, in search of rabbits.  I exchanged my .17 caliber for my 12 gauge and loaded it with a couple No 6, low brass shells.  I spent the next couple of hours meandering fields and hedge rows, kicking brush piles but had no luck.  Still, it was a beautiful walk.  I happened across a bald faced hornets' nest which was really neat to find.  The top of it was frosted with a light layer of sparkling ice crystals.  Boldly, I shook the nest.  I wasn't really sure if the wasps were still inside or not.  Thinking that the nest would look great perched atop my gun cabinet (Its no wonder I am not an interior decorator) I used my small Kabar to cut the sapling it was fixed to, and carried it back to the truck with me.  After researching, I learned that most hornets flee the nest by October each year, and they do not reuse the nests. 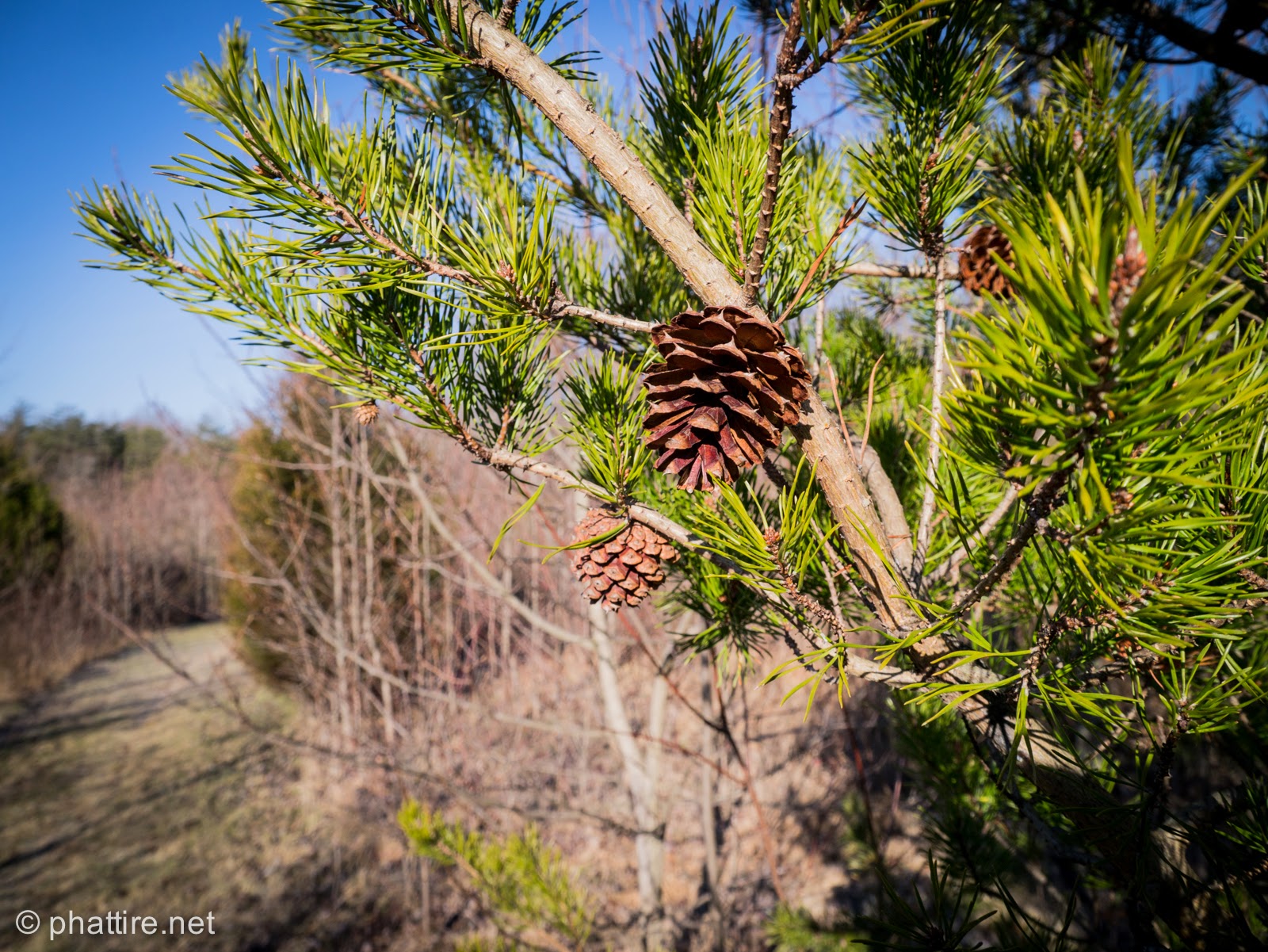 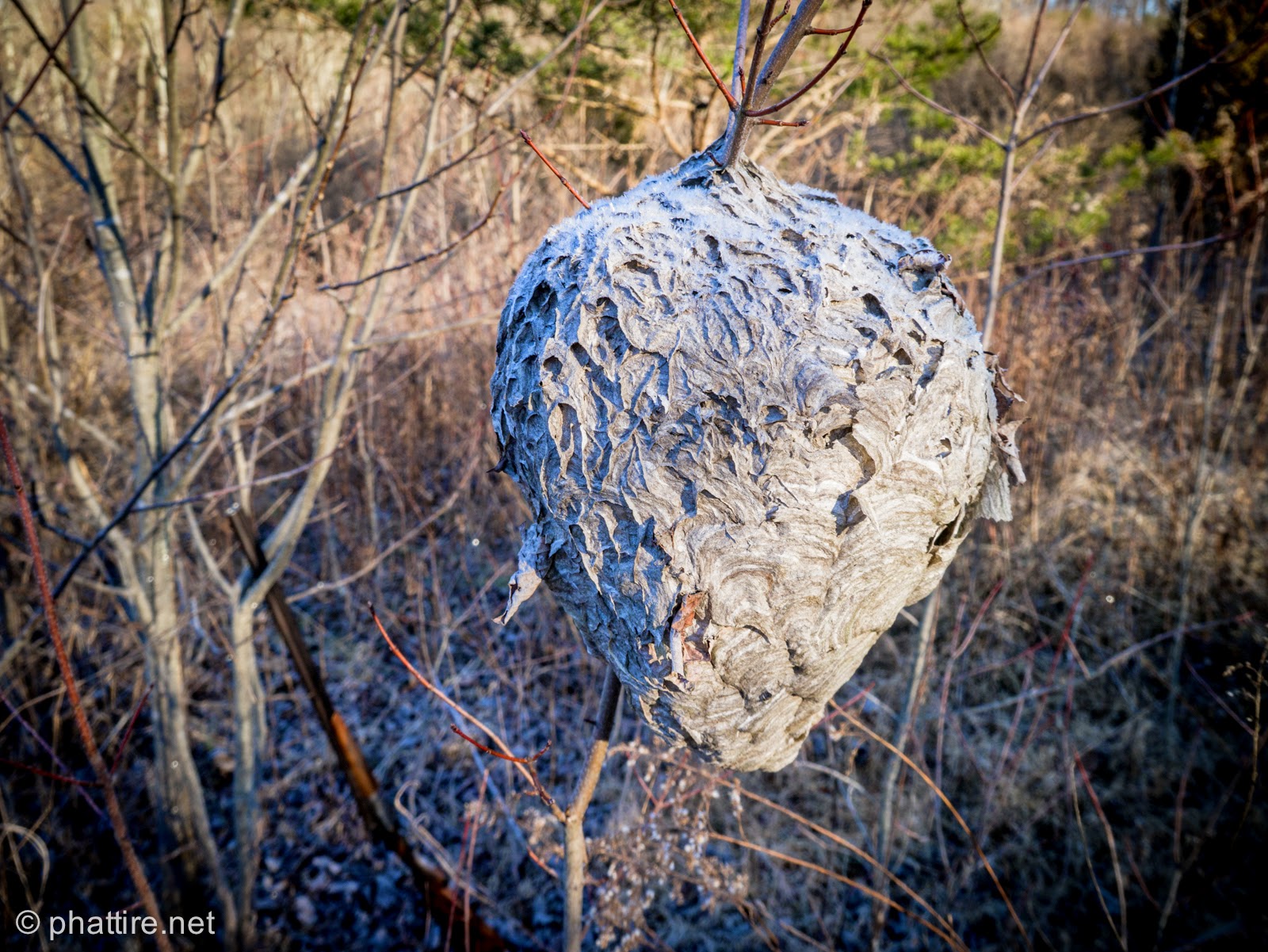 (As usual, click the images to see them larger, and in all their glory)