I spent nearly the whole day, driving from Westminster, MD to my hometown of Sherrill, NY.  Unfortunately, this trip was not planned.  My good friend, Hoopsie's father passed away and my journey's purpose was to attend the wake.  Rest in peace Mr. Hoopes.  Nevertheless, I had the whole day to make the 6.5 hour drive so I took my time and pointed the Tacoma down some interesting little roads in southern Pennsylvania.  I discovered an eerie old town (city) called Mahanoy City.  It is an old coal mining town about 50 miles northwest of Reading.  It was settled in 1863 and prosperred as a coal town.  (More from wikipedia here: http://en.wikipedia.org/wiki/Mahanoy_City,_Pennsylvania )  The town, today, looks quite dingy and depressed.  Row houses with awnings tightly line the streets.  I picked a diner called "That Place" on Centre Street for lunch.  Afterwards, I explored briefly and stopped to take some photos of an old trestle bridge.  I thought it was neat to see the old coal reference "The Road of Anthracite" painted on the bridge as well as "Pulling for Mahanoy City BPA".  I did some online research and could not find any meaning behind the "BPA"... anybody out there know? 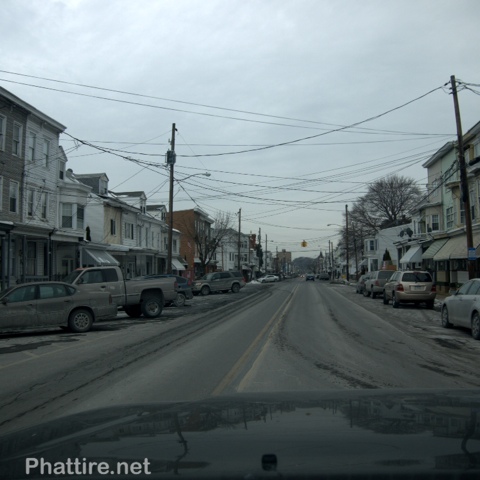 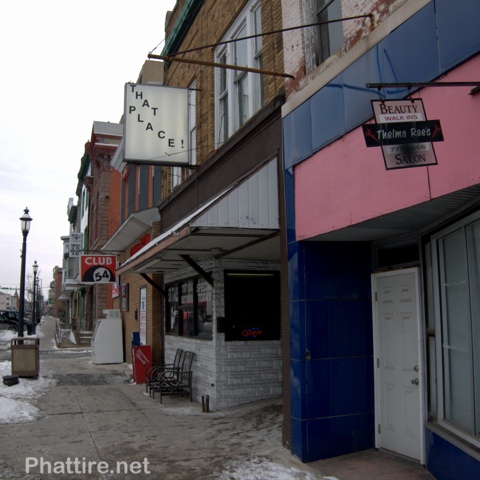 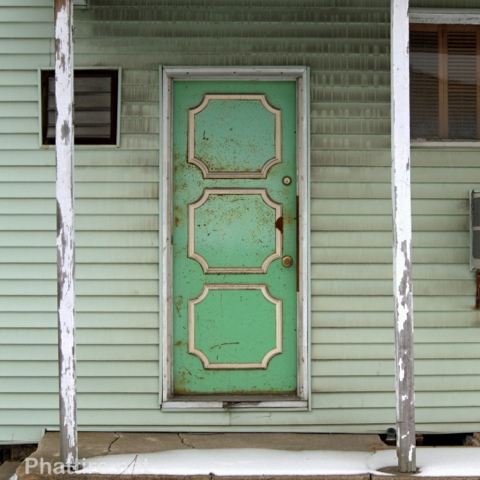 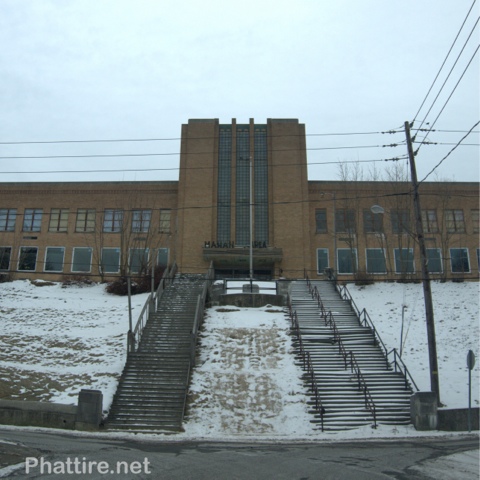 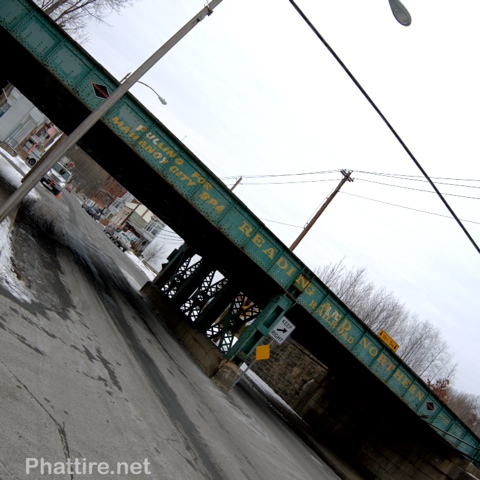 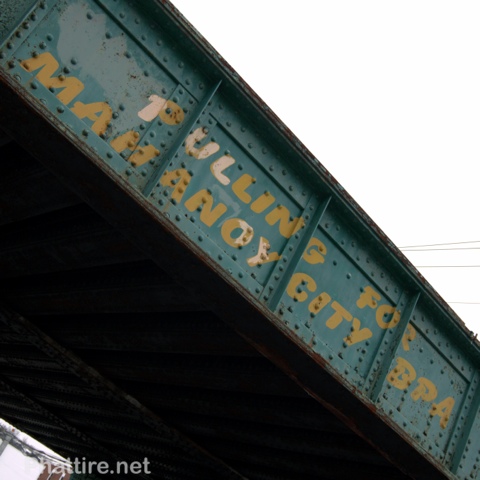 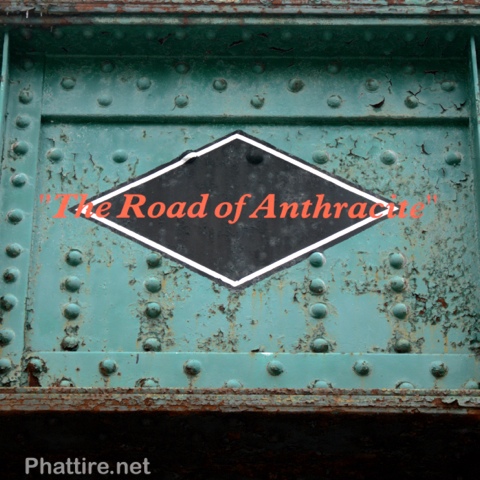 I am an Eagle Scout. But, there was a time when I hated being in the Boy Scouts and just wanted out. I had a hard time getting along with some of the kids in the troop that acted insane and didn’t seem to want to learn anything (Not that I behaved like a saint myself, but I sure didn’t act out the way others did). Looking back, I realize that kids are just kids and they act out according to whatever situation they’re going through. Some of the kids in my troop didn’t have the most ideal home life; who knows. At any rate, I wanted to quit many times. This desire to abandon the troop grew stronger and stronger as I went through high school and became more interested in driving and girls than anything else. But, my father made me stick to it, and follow through. I earned my Eagle Scout rank the summer of my seventeenth birthday and have been glad I did ever since. To this day it is listed in the education section of my resume.

As an Eagle Scout, and as someone who enjoys all things “old timey”, I picked up an old Boy Scout Handbook, at a garage sale, several years ago. This Sixth Edition was printed in 1961. One of the things I like about it is the old ads in the back. I’ve scanned a few of the pages and posted them here in all their low-resolution glory for you to see. As usual, click on them to view them full size. 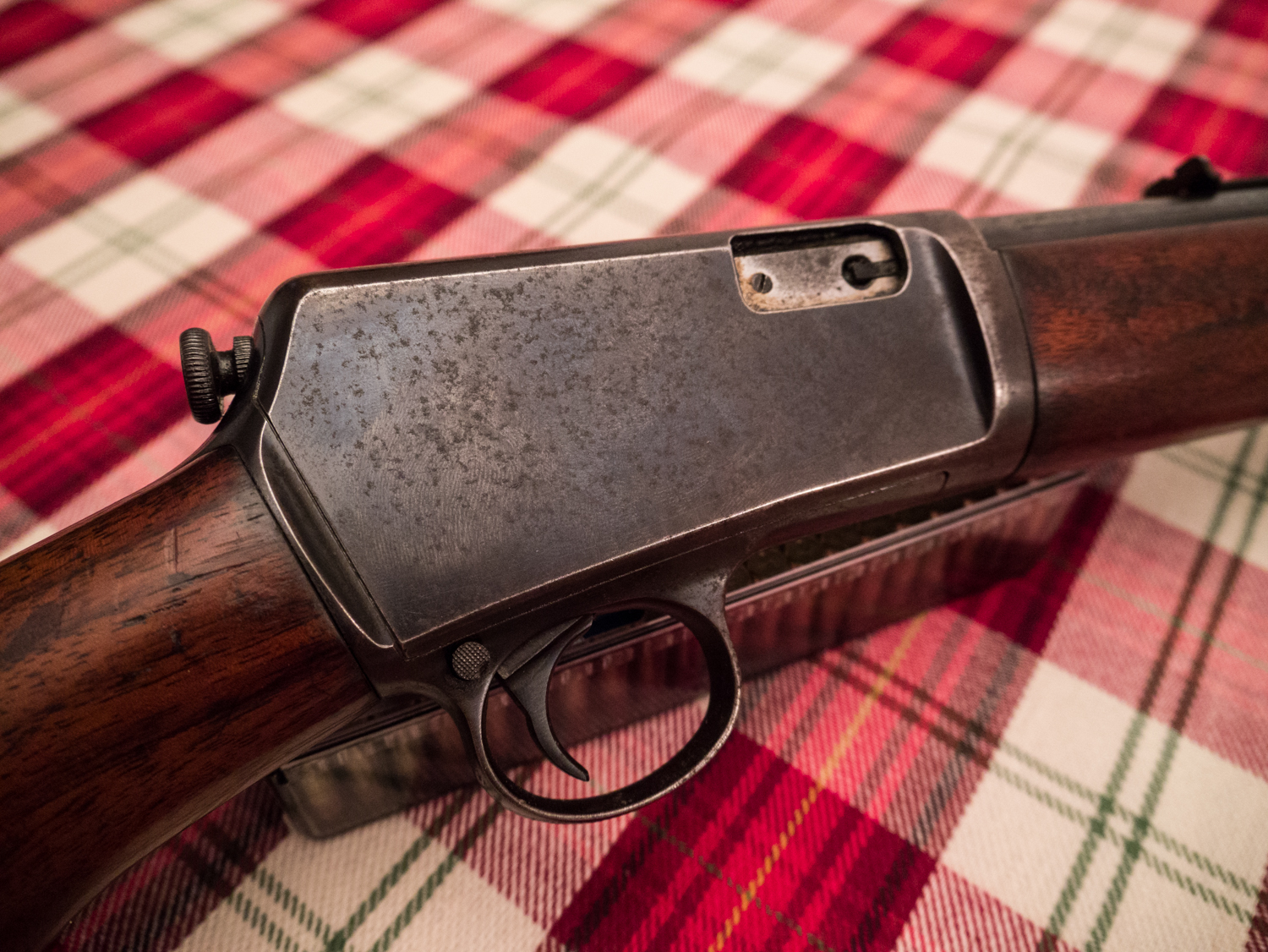 I recently picked up a Winchester that I have wanted ever since I was a kid. The shape of the Winchester Model 63 has always appealed to me. It’s like a lever gun, without the lever, chambered in .22, as a semiautomatic. The receiver is solid and sleek. In fact, the whole gun is a hefty little piece that feels good in your hand as well as at the shoulder. I do not regularly visit pawn shops, but there is one close to home that advertises “GUNS” on its sign out front.  So, on a whim, I pulled in to have a look around. Needless to say, I was shocked when I saw this old 63 standing in the rack! It is not in the best shape; but not the worst shape either. I took these “before” pictures to compare to the pictures I will post when I finish cleaning it up. Based on the serial number, this rifle was made in 1938. That’s 76 years ago.

A little history on the Winchester Model 63:
Winchester’s first semiautomatic rifle was the Model 1903, which was made in (you guessed it); 1903. In the 1930s, Winchester renamed it the “Model 03”. These rifles fired a proprietary Winchester round; the .22 Winchester Automatic Cartridge. After a little redesigning in the 1930s, the rifle was renamed again; to the “Model 63” which fired the more commercially available and standard .22 Long Rifle cartridge. Winchester produced the 63s from 1936 until 1958, churning out roughly 175,000 rifles, the last 10,000 of which featured grooved receivers for the mounting of scopes.

One thing that I think is neat about the 63 is that it is a takedown rifle. By simply turning the takedown screw at the rear of the receiver, the internal mechanisms release and the gun simply parts in two pieces.

The 63 uses a tubular magazine in the butt stock, which holds ten cartridges. To load it, you simply give the tube a half-turn and pull the magazine aft until port in the side of the stock opens. You then load your cartridges in through a slot in the right side of the butt stock. 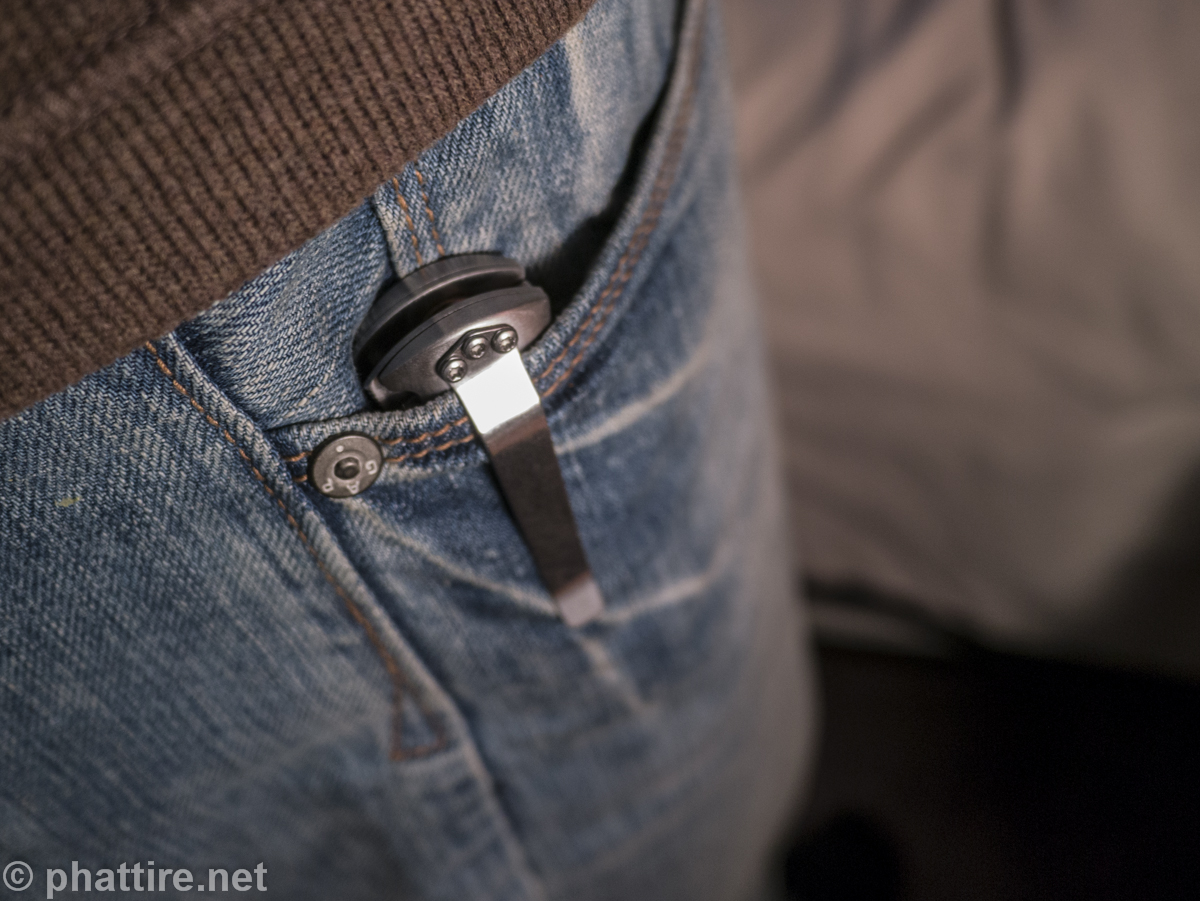 Santa Clause brought me a great little knife that I've been meaning to blog about.  It's the M4 Stag made by Columbia River Knife & Tool (CRKT).  It's a really well made, great looking, handy little knife, that retails for under $50 online.   The blade is spring-assisted (if you can get your thumb under the thumb studs on the sides of the blade) which makes for quick one-handed opening.  One-handed opening took me a little practice, and some tootling from my knife-nut of a little brother.  But, when you get your thumb under the stud and pry outwards, the blade quickly flies out and locks with a satisfying snap.  The handle is made of stag (antler) which I really love and the steel (8Cr13MoV) is a Chinese made stainless.  A little web research tells me that this grade of steel is typically used in budget knife lines of quality knife manufacturers.  I'll have to report back, after I get more use out of this knife to let you know how well it holds and edge.   Dimensionally speaking, it's what I'd consider the perfect size.  Closed, it is 3.75" long.  Open, it is 7" long.  The blade is 3.25" long and slightly less than 1/8" thick.

One really cool thing about this knife is that, in addition to a locking liner, which you push to the side to close the knife, it also features what CRKT calls their LAWKS manual safety system.  Shown above, this manual safety system is a simple physical lock that prevents the locking liner from disengaging.  This is a neat little feature that comes at no expense to the operation of  aesthetics of this knife.

I have but one gripe about this knife; while it sits comfortably, clipped in a pants pocket, it is very uncomfortable when you try to fish other items out of that pocket.  The stainless steel bolsters, though attractive, flare to a jagged point which catches the back of the hand when digging into the pocket. However, overall, the knife feels great in the hand and will be great for cleaning squirrels and other critters taken in the field.

New Rail Grip for my AR 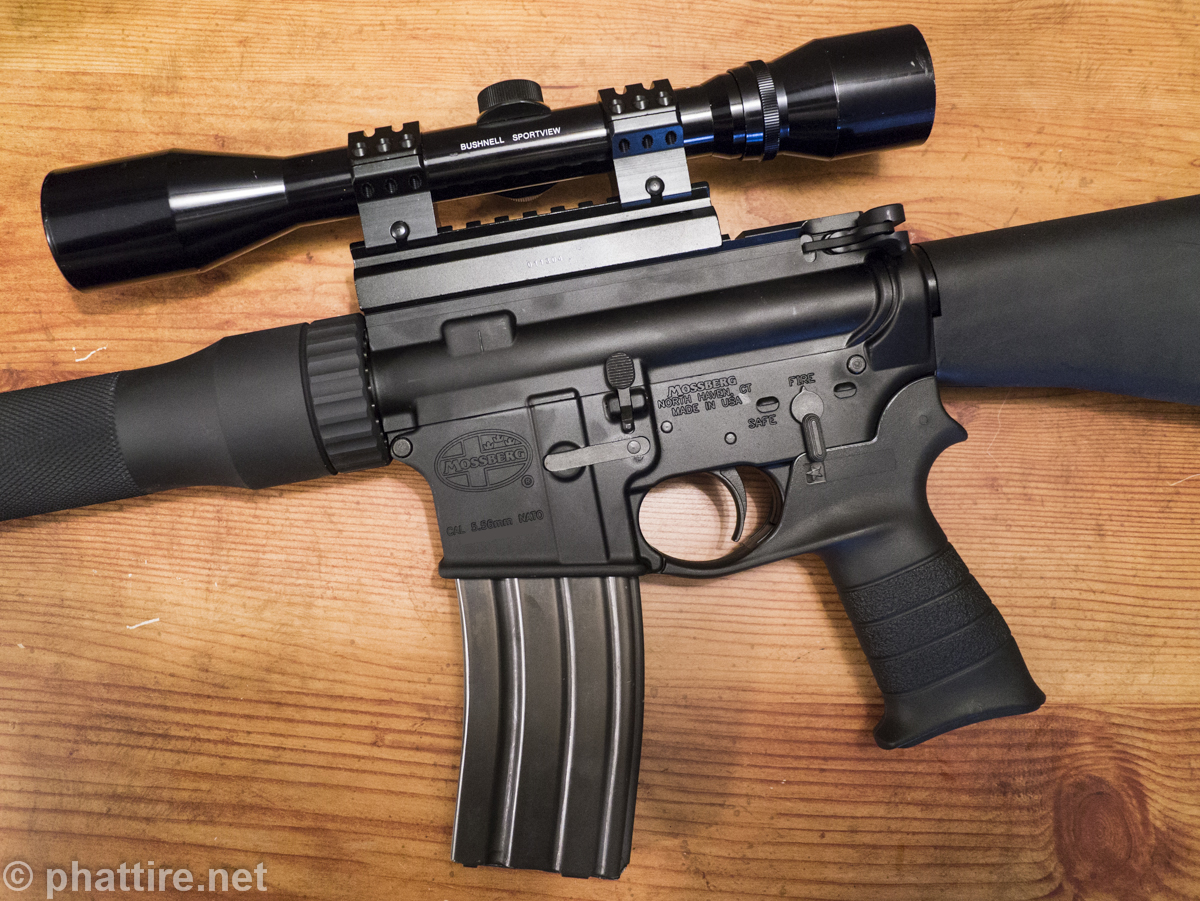 While I was visiting my little brother, down in at Camp Lejeune, in North Carolina, I picked up a much needed piece of equipment for my AR-15.  Because my Mossberg is a flat-top, I needed to raise my scope much higher off the receiver than is typical with rifles. The piece I needed is called a "rail grip".  It simply raises your top rail by about an inch so that when you shoulder the rifle, the scope aligns comfortably with your eye.  Without a rail grip, you're left to using ridiculously tall scope rings, that just look silly.  One of the tactical gun shops that my brother took me to last weekend has the rail grip I needed for a mere $15.  Now I am finally ready to get this rifle to the range!  (If only this cold weather would break) 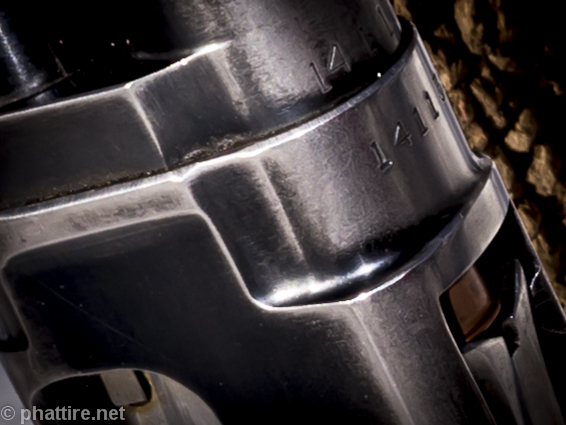 I got out hunting this morning, despite strong winds and temperatures just barely reaching up into the twenties.  I had been meaning to check out some of the swamp lands and field areas in Patuxent River State Park.  Rabbit hunting is something I really miss from my upbringing in upstate New York.  There, cottontail rabbits were abundant.  My buddy, Pat, and I used to hunt them on his father's land with his dog, and it was not uncommon for us to bag seven or eight within a couple of hours (His Beagle slurping up the gut piles as quick as we cleaned them - that always used to gross me out).  Here, in Maryland, its a different story.  We have so many foxes that take care of the rabbits on their own.  They leave very few for the small game hunter.  I usually see a red fox, at least, every other week.   Nevertheless, I did enjoy getting out with my Winchester, Model 12.  It's my favorite pump-action shotgun to carry.  Based on its serial number, mine was made in 1954.  It's a beautiful little 20 gauge; gifted to me from my father many years ago.  Thanks dad!

Although I saw many rabbit tracks, I also saw a whole lot more fox tracks.  Fox tracks are very easy to identify, because their feet fall, very nearly, in a straight line.  This is why they appear to lope along, when you see them crossing fields.  I recall my father explaining this to me as a young boy, as we knelt in the snow, examining tracks, high on a ridge in Deerfield Ravine.  Each hedge row that I poked along, exhibited a set of fox tracks that dipped in and out of the briers. Among the fox tracks were also evidence of the many small birds that I pushed along the hedges.  Their wings made small serrations into the snow where they swooped in and out of their feeding areas to pick at seed pods in the birdox.  Although I couldn't get a photo, I was pretty excited to see my first Oriels.  They're a beautiful bird.

I, of course, stopped to take a few obligatory pictures of my Model 12.  There is something so intrinsically beautiful about the wear of a well used rifle or shotgun; when the blued steel is worn to a silvery grey patina at the areas most find comfortable to hold the gun.  As my father always says:  "If these guns could talk, what a story they could tell."  I bet.  I like to think that some of the stories would be those of my father and I knocking partridge out of the sky when I was much younger.

One of the things I like most about hunting, is finding old/odd things.  Be it, glass bottles, turtle shells, antlers, or the ruins of an old farm house.  Today, I found an old tin shack.  I don't know what this shack was used for, but it did have electricity run to it.  Perhaps it was a hen house.  Maybe a bee house?  Not far from this shack, was an old stone foundation wall, from a barn.  And near to that, the remains an old farm house, with a foundation and tall chimneys as the only evidence of what once was.

We hit a couple cool gun shops in the area, visited the Marine Corps Exchange (MCX) and headed back home to grill up some burgers in the back yard.  Pat's quite the grill master, and he cooks with charcoal; what a purist. 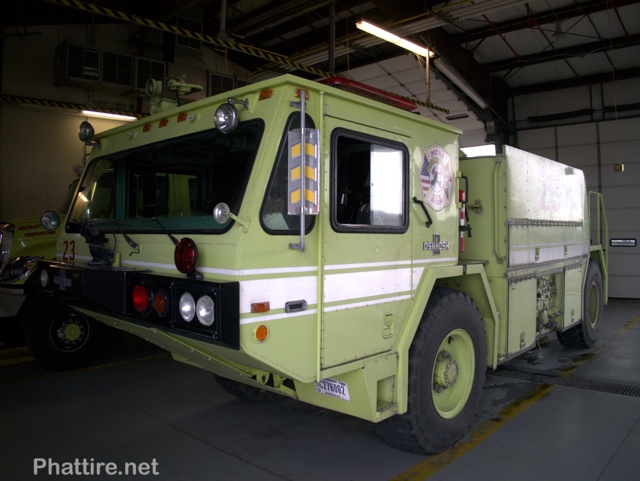 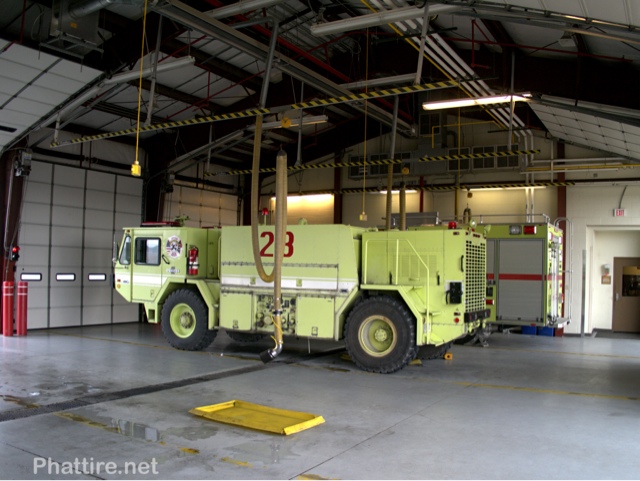 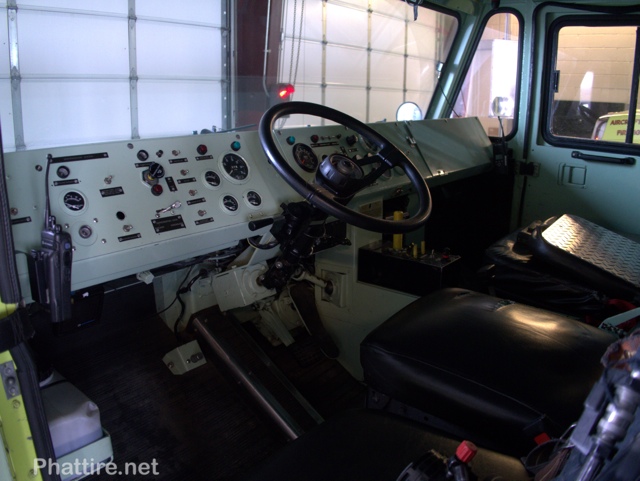 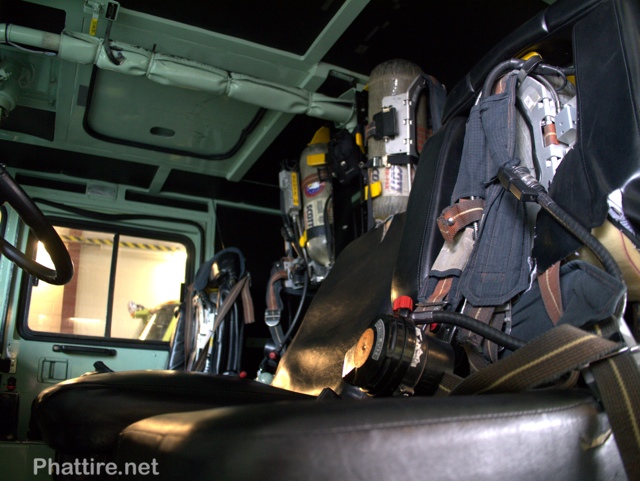 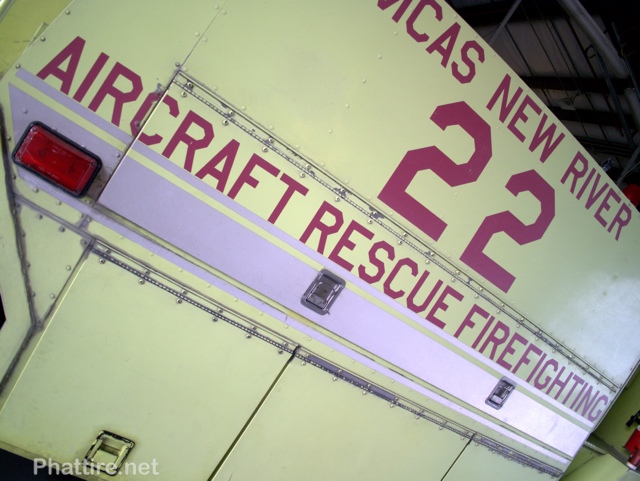 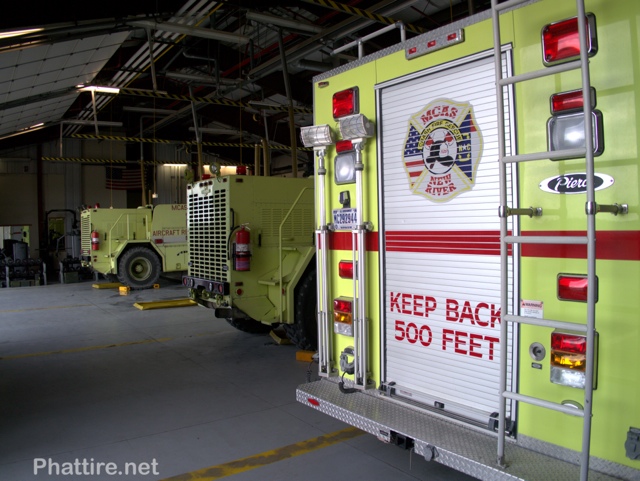 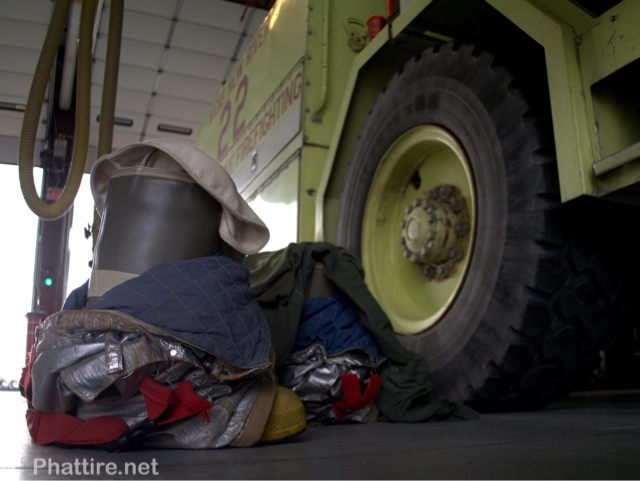 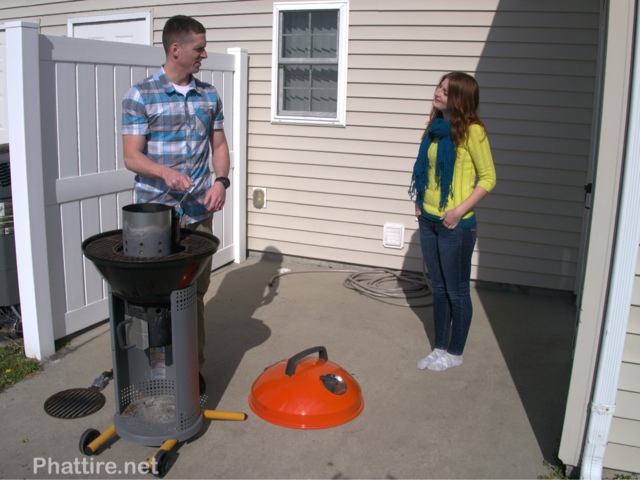 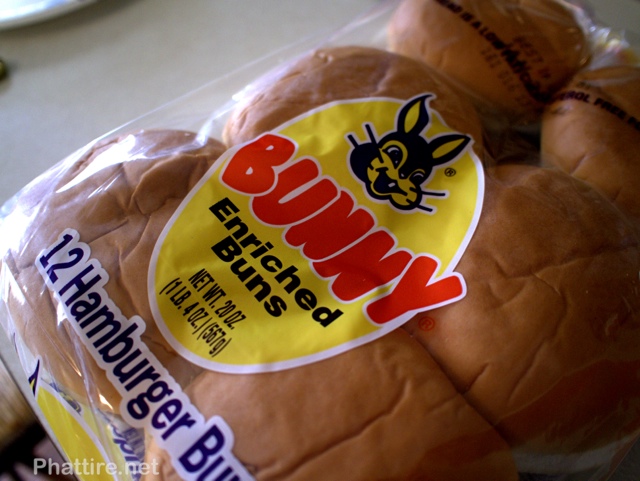 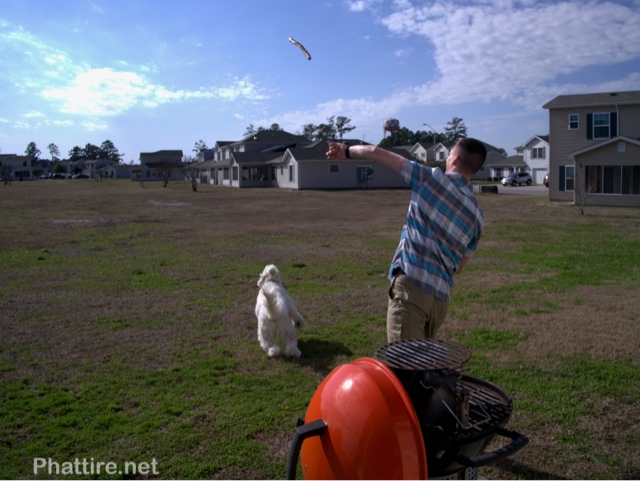 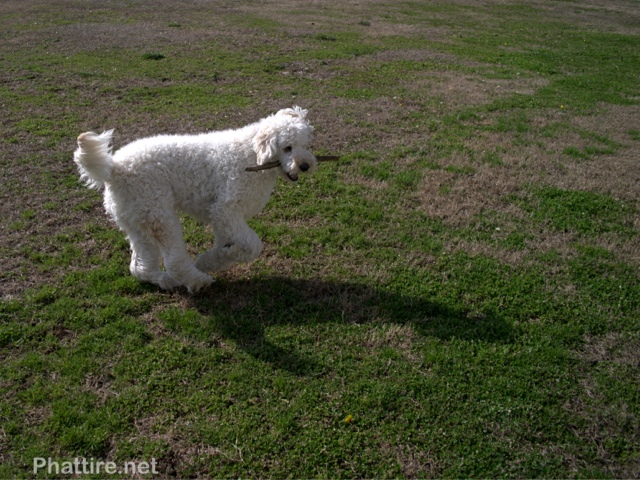 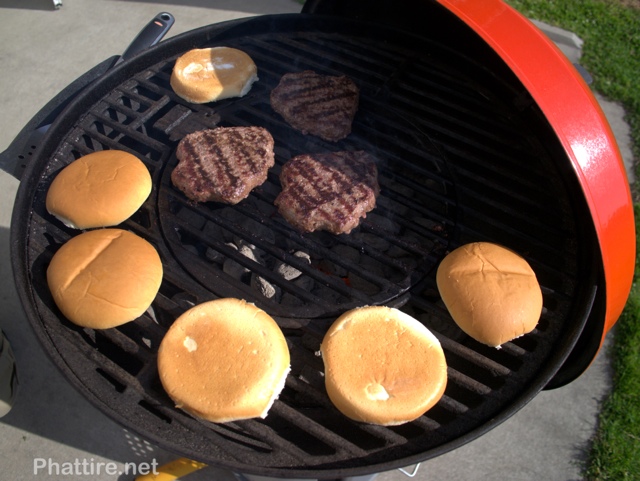