Merry Christmas everyone.  "Happy holidays" to those offended by the christian verbiage.  Whatever you believe/feel/think; I hope you enjoy this time of year with the people you love and hold dear.  Life is good in my neck of the woods.  I have been feeling quite merry despite life's efforts to drag me down.  Nevertheless, the tree is up in the living room and the Lionel trains have put in a few miles around it. The bunnies are happy and healthy.  The wood stove has kept our house warm and the companionship I share with Debbie has kept my heart warm and mindset focused.


I am on vacation for the next week and look forward to sleeping in a few days, hunting quite a bit, and fixing the numerous defunct items around the house.  Hopefully I will be posting up regularly to the old bloggy-blog here, and sharing some of the fun I'm having.

Oh - "What's with the Krampus?" you ask?  I posted him up, because I'd not heard of him before.  Apparently,  old European lore has it, that the Krampus is Santa Clause' dark counterpart who punishes bad boys and girls (yikes!).  Yeah, hope I never see this guy.  Coincidentally, Surly  makes a singlespeed moutnainbike called the Krampus.  More on this evil guy here:  krampus.com

Email ThisBlogThis!Share to TwitterShare to FacebookShare to Pinterest
Labels: christmas

Last night, around 7:00, I heard fire engine sirens.  Looking out the window, I saw a large engine, from the Hampstead Volunteer Fire Department, slowly making its way down the street, lights flashing, sirens blasting.  Perched in the bucket at the rear of the truck was old St.Nick, waving to everyone.  It was quite a nice surprise.  The fire department in my home town does the same thing and everyone enjoys it.  In the two years I've been living here in Westminster, I'd never seen it.  I grabbed my camera off the kitchen table and made my way out through the snowy driveway for a couple quick snapshots.  Trailing behind Santa was another smaller fire truck handing out smoke alarms.  Very cool!

Westminster has been hit with some hefty snowfall lately. We received about 8" on Sunday, which made for some great football watching (Much to my dismay, the Ravens still managed to beat the Vikings). And today we got another 3" before I left the house for work this morning. I love driving the Tacoma in the snow. The 4WD really hooks up nice! I keep a shovel and a tow strap in the cab with me in hopes of rescuing people who wind up spinning off the road, but this morning's drive in was, sadly, uneventful. Nevertheless, Maryland is entirely peopled with horrible drivers, so I'm sure I'll get my chance if this snow keeps up!

Westminster got hammered with snow today.  "Hammered" means getting 7" of the white stuff.  Typically, we don't get a lot of snow here in Maryland.  When we do, I always enjoy it.  As my Steelers lost to Miami, and the Ravens beat out the Vikings, I sat on the couch sipping a couple of Saranac's Caramel Porters and snapped shots of the winter birds out the window.  I do a pretty good job of keeping the feeders full, although the birds usually drain a full feeder in 2 days.  Even faster when the squirrels get in on the action.  But, I enjoyed kicking back, snapping images of the Nuthatches, Titmouses (mice?), chickadees & cardinals that flittered about the feeders.  I used my Nikon D800 and 300mm Tamron lens, mounted on a tripod with my remote shutter release to capture the images in this post. 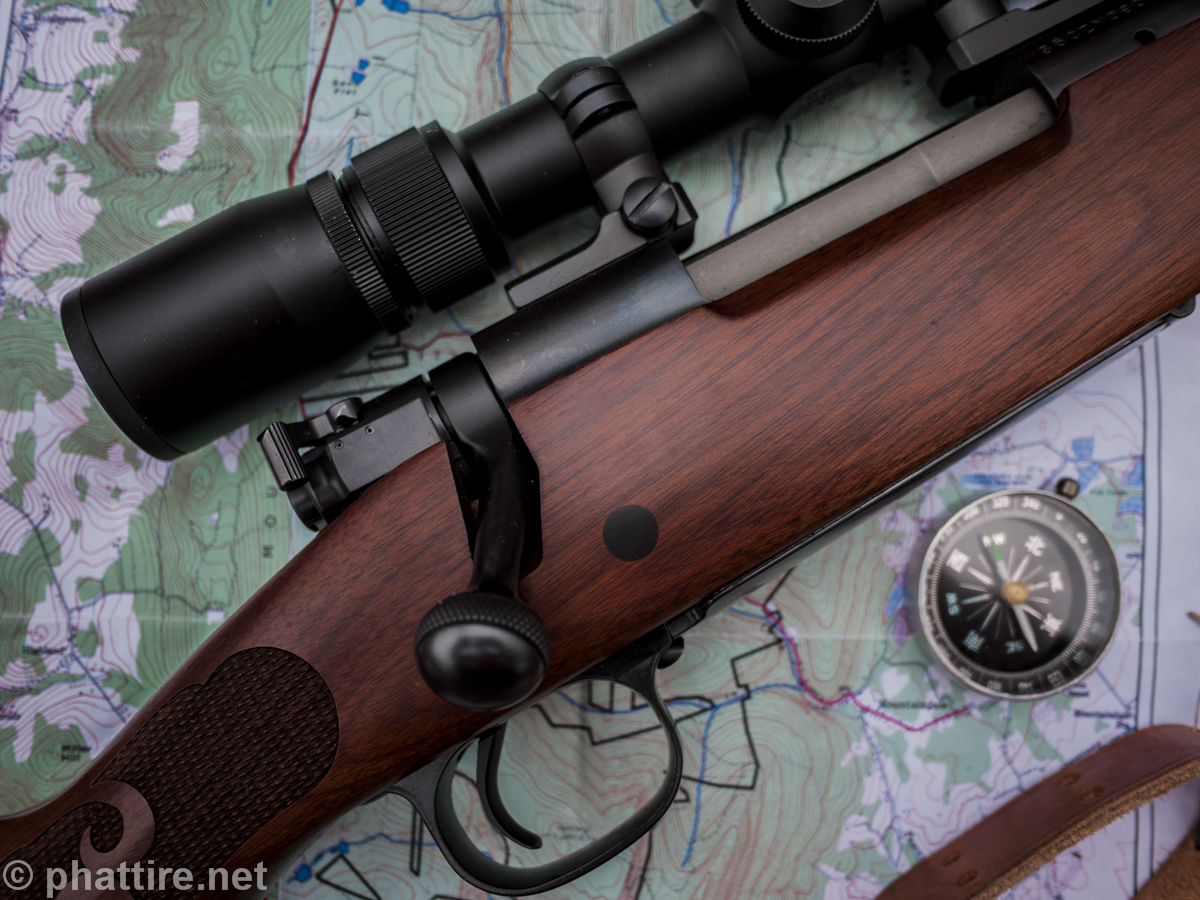 Well, rifle season (deer) is now open in Maryland. I spent all day Monday, at the Frederick Watershed stalking the elusive whitetail deer. I got in to the woods around 7:00am and worked my way around the northwest corner of the park. I stalked very slowly down a well-worn trail. I was able to move very quietly; stopping often with my eyes and ears wide open, scanning my surroundings, hoping to see some deer. But, as fate would have it; it just didn’t work out that way. I did come across a neat old blind that someone had made out of deadfall. I’ve seen a few of these while hunting the Watershed in the past. This one had a bucket in it, so I sat down for a good hour here. On my way out of the woods, around 11:30am, I jumped one deer but he was buried in thick saplings and the only sight of him, I caught, was a white flag bounding down over a hill. I have no idea if it was a buck or a doe. Still I froze; hoping the deer had stopped to look back. After several minutes of scanning for the deer I determined he was long gone and finished my hike out to the truck. I was starving.

Lunch was a coke, a burger, and a slice of coconut cream pie at a great little diner in Frederick. Very tasty!

I was back in the woods by 1:00pm and chose to hunt the west-central area of the park. I stalked down the same trail where I had missed a deer last year. I didn't see any deer this time, but I did hear one moving around me; though I was stuck behind some thick mountain laurel and couldn’t see anything. I squatted down and waited, listening intently to the steps. I sat there for about ten minutes determining that the sounds I was hearing was, in fact, a deer and not a squirrel. I was sure it was a deer. Eventually I stood and moved out of my cover as quietly and slowly as possible, but must have been seen, for there was no sight of a deer anywhere. Before I knew it, it was 4:30pm, the sun was sinking fast and I had to high-tail it out of there. My flashlight, I remembered to grab before I left the house, sat quietly in the center console of my truck.

Although, I wasn’t able to put my crosshairs on a deer, I enjoyed the hunt. Carrying the Winchester Model 70, my father gave me was a real joy. I passed only two other hunters, and saw only one hunter sitting up on a hill. The woods were cold (40F) but the ground was moist and quiet. I also realized that I am getting better at looking deeper through the woods when I walk. I think that last year, I was looking a little too close, and not far enough out, away from me. Although you’re never going to be able to, completely, sneak up on a deer, per say. I think that if you move slowly and quietly enough, you can catch sight of them before they see you. Or at least; before they get too jumpy. When this happens, I hope to line up on a nice buck!
at 12/04/2013 02:02:00 PM No comments: